I wanted a cool hook for my birthday party this year. That hook ended up being an ice luge. Ice luges are expensive though, so I brainstormed with Dan about how one would make an ice luge. Dan had a great idea. So he made a giant block of ice, and we proceeded to improvise our own ice luge. We had a plan that had to be scrapped in the interest of time. None of us predicted how slowly the block of ice would freeze while trying to make it clear. That was nice, because it saved me ~$200 dollars. Dan is ever-talented and quite ingenious, I’m very fortunate to be his friend. 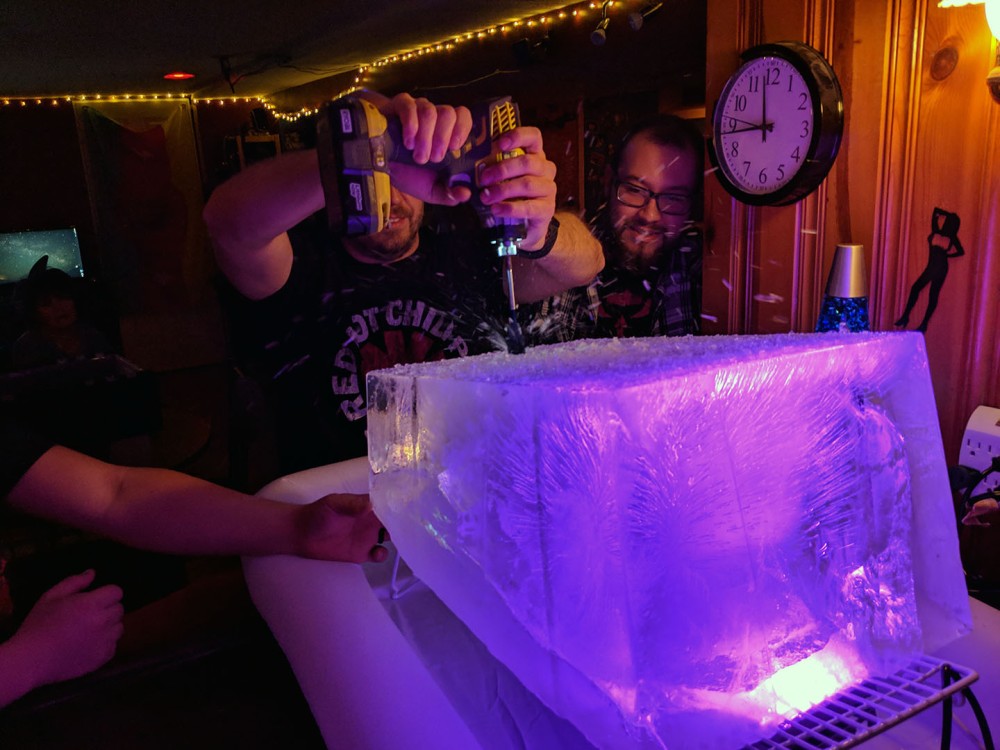 The turnout was very good. A lot of good friends showed up and we partied it up until 3:30 in the morning. 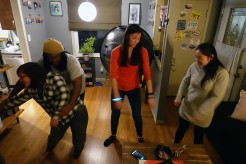 As is common with any of my parties. Rock Band starts to takeover the basement, and good times are had.

Thanks to everyone for showing up and celebrating with this aging codger. It’s always a blast drinking and partying with you folks.