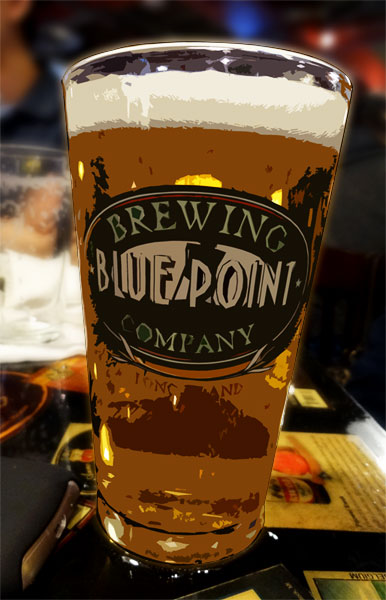 So I’m doing the actual writing for this on my phone. This will be a nice challenge for terseness while still being informative. Just waiting for Trevor to finish his shift so we can hang out before he goes to LA to pursue his dream. The American dream if you will. Expect a followup post with that one. So some time ago Ashley’s Westland had a Blue Point tap takeover. Blue Point was not a brewery known to me until last April when I had their Hoptical Illusion beer at a small pub in Novi called Library Pub. It was good. So I took this opportunity to try out a wider variety of their selection.

Alright, so Trevor ended up finishing his shift before I got to finish his post, but I thought I’d leave the part up there cause I did spend a great amount of effort typing it with my phone. Anyways, I ended up going to the blue point tap takeover on May 23rd. So as you can tell I’m very recent with my posts, but hey better late than never right?

I arrived Wednesday night after work with Dante and Elson where we were, per usual, greeted by our regular server Ashley! Dante had arrived before us and ordered a Toasted Lager which in the one sip I had, I can tell you was tasty. Elson started with a Rastafarye and I ordered the Toxic Sludge-Black IPA as I am an IPA fan. It was much lighter than I would have expected for such a dark beer and was 7% ABV. I really enjoyed it.

We ordered dinner, and a second round of beers. I proceeded to get another IPA called No Apologies which was an Imperial IPA @10% ABV. At this point the Blue Point representative came around and we had a nice chat with him. I told him how I had tried the White IPA at cask fest and also had the Hoptical Illusion about a month or two ago. He asked about my progression of beers and then wondered if I was okay to drive, which I assured him I was sticking around for a while before I would have to venture home. I also asked him where the Blue Point pint glasses were coming from, at which point he promptly went and retrieved a round of them for our table. Dante and I wasted no time pouring our existing drinks into them.

After pestering Trevor a fair amount, I managed to also get a sweet hat that you can see me wearing in the pictures. Dante and I ended the night with a Blueberry Ale and a Old Howling Bastard respectively. We took some time to take pictures for this blog, at my insistence, with Chelsea and Ashley before we said our goodbyes. We look forward to another tap takeover tonight!