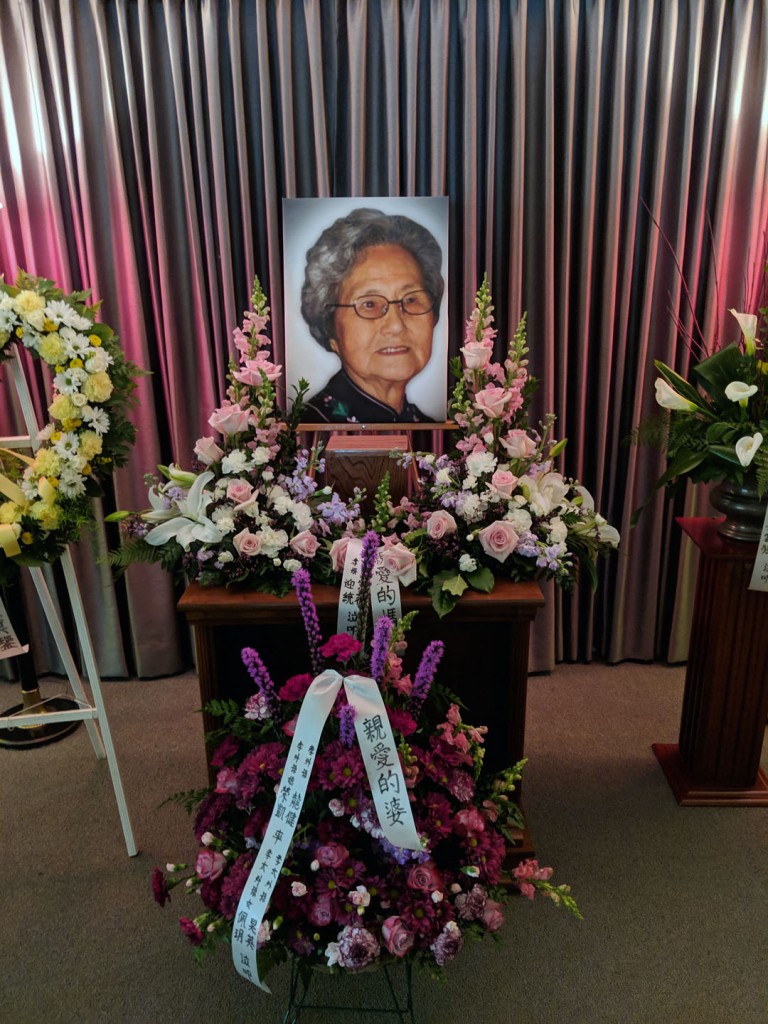 This post took a little longer than I thought it would to post because I had to search through 16 years of photos to find the pictures I had with Grandma Peng. I received a text from my father on Thursday afternoon that Grandma Peng had passed away. Services were planned for the following Monday.  I have had the fortune of having minimal dealings with death in my 33 years of existence, with only one of them having been a direct family member (my paternal grandfather); the only other major encounter I’ve had is one of my closest friend’s mom over a decade ago at this point. I’ve never had a pet really, so I haven’t even had to suffer that loss. While Grandma Peng wasn’t a direct family member, she’s been ever-present for close to three decades so the knowledge that she’s no longer with us is…strange.

She was 96 years old. What a life. The changes our civilization has gone through in the last century and to mostly have your wits about you during that time is remarkable. It’s weird because I saw her not three weeks ago. She looked great! Always with the same smile. 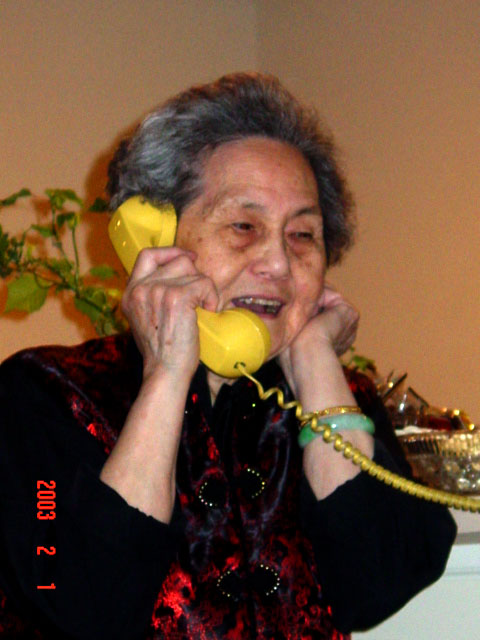 During the closing remarks at the wake, Uncle Yang was asking people to go up and share stories or fond memories. He saw me skulking in the back of the crowd and called me out. Truthfully, I would’ve gone up if I could’ve thought of something specific to say. But at the time I just drew a blank, I couldn’t think of any specific moment about Grandma Peng. Simply that she has always been there, and I guess this is what I should’ve said at the time: I’ve known her all my life that I can remember. She was always there, smiling. I think the things I’ll remember the most about her are her smile, her hair, and her beaming personality. But mostly her smile. It was so warm and welcoming with a youthful exuberance that warms your soul.

I think one of the things that I really appreciated was said by Risa’s dad as he shared memories. The exact words elude me, but basically the sentiment was that despite the melancholy occasion, she would’ve wanted us all to be celebrating her life instead of mourning it. We should be all drinking a toast to all the wonderful things she accomplished and lives she touched. I think funerals are inherently sad, but there’s nothing wrong with smiling and remembering all the wonderful memories and moments that you shared with the deceased and sharing it with everyone else to hopefully uplift their spirits.

I thought it was pretty apropos that I recently finished the Umbrella Academy on Netflix (and also the comic) because the first episode is “We only see each other at weddings and funerals”. How true; a little discouraging but I saw so many people that I haven’t seen in a while. Where did I see them last? You guessed it, a wedding. Jen’s wedding I believe. Life is short. Live it to its fullest. I think that’s a philosophy I’ve adopted more recently. It makes me lament how I used some of my time in my 20s, but what’s done is done. All I can do is make up for it now so I can live with no regrets. Cherish your friends and family, and don’t let weddings and funerals be the only time you see them!

I’m definitely not looking forward to growing older now. Not because of anything related to me, but because I think this kind of occasion will become more commonplace. Unless they find a way to slow cell aging (fingers crossed!). One can dream. Seeing everyone so sad was expected, but still a bummer. I’ll make a deal with you guys, you live to be 120 and I won’t complain about it anymore. Okay? Deal! Mortality sucks. In the words of Fry from Futurama: Thanks to denial, I’m immortal!

The pictures below were taken at her 90th birthday. So many people turned out, and it was a massive celebration. I can only hope that I take care of myself and make it as long as she did with my wits about me. That’s one of my greater fears, losing my cognitive capabilities as I get older. 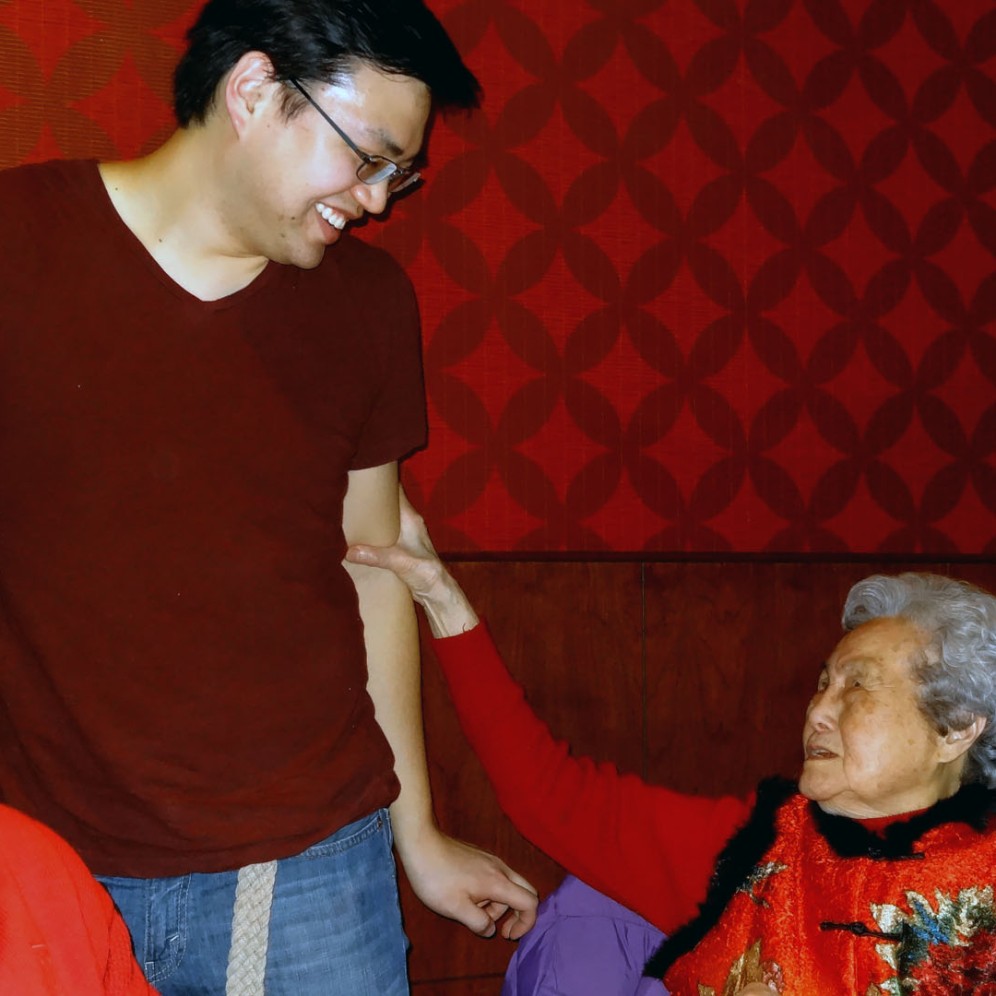 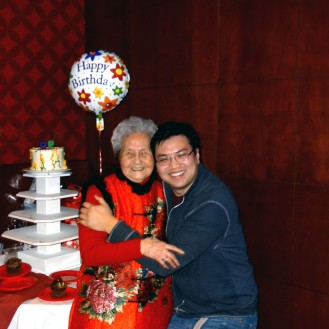 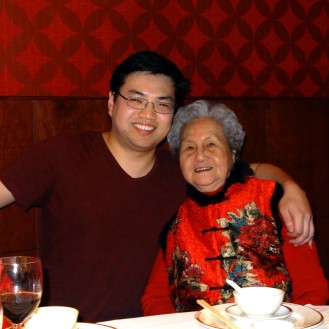 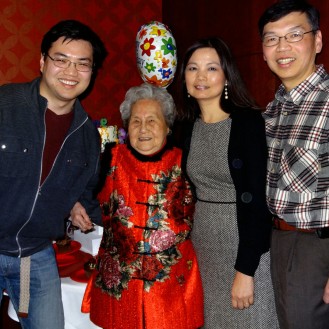 This whole ordeal has made me appreciate my friends and family more and made me think back to when my Grandpa passed away. As I looked for these pictures, it was a pretty interesting journey through the photo time capsule I’ve unintentionally created. So many faces of people that I can’t even remember or I don’t talk to anymore. As we get older, time becomes the most precious resource. Managing and distributing it becomes one of the hardest tasks I can think of. There’s so little of it. I want to spend time with everyone, I want to create memories and moments and things to look back on and smile about. Look at these pictures I have with grandma. Look at all the joy. I want more of that, so that when I’m old I have stories to share and pictures to display. People will ask who is in the pictures, and I’ll say “I don’t remember. I’m old.” With any luck, this blog will still be up and I can use it as a reference. Until then, let’s hang out. Let’s sit around a campfire and drink a beer while we sing songs or stare at the stars or talk about what’s on your mind. Our time may be short, but let’s stretch it and wind it and bend it so that we can eke out every last bit of it that we have – together.

I guess there’s nothing left to say other than thank you Grandma Peng. You were a wonderful human being and you touched many lives. You treated me with kindness and love, even when I was an annoying, hyperactive child. Rest in peace, and I hope you’re winning all your mahjong games wherever you are now. I’ll miss you.