Birthdays, movies, and the first major snowfall encompassed this past weekend. Kaz’s birthday was Thursday, and he had a get-together at Dave & Buster’s Friday. Saturday was a pretty lazy day, until LaTonya came over to cook dinner together. Ian and Dante later joined and we made a movie night out of it. Sunday it started snowing pretty heavily, so I spent a lot of time shoveling snow and making a venison shepherd’s pie.

Friday night was spent at Dave and Buster’s celebrating Kaz’s birthday. For any of you that haven’t been to Dave and Buster’s, it’s basically a giant arcade with bar and restaurant attached. We ate, we drank, and we played games. Pretty fun night. I set a high score (462) on the speed of light game – long arms and hyper-levels energy contributed to my success. I won ~200 tickets. Not bad for one game. After everyone exchanged their tickets for prizes, we headed back, I convinced Pat to join us, and hung out at the house until 4AM ish. Then it was time to go and sleep. 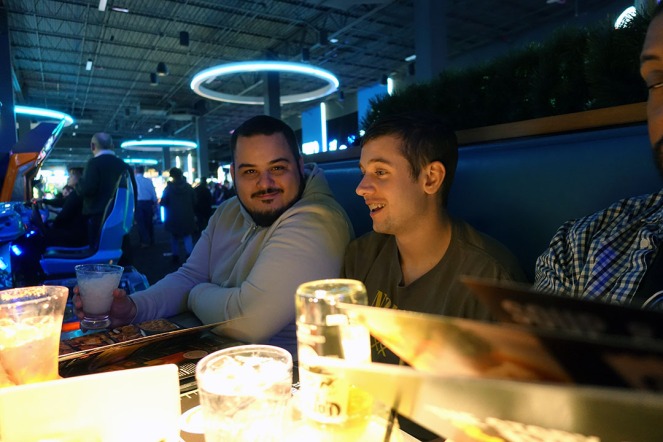 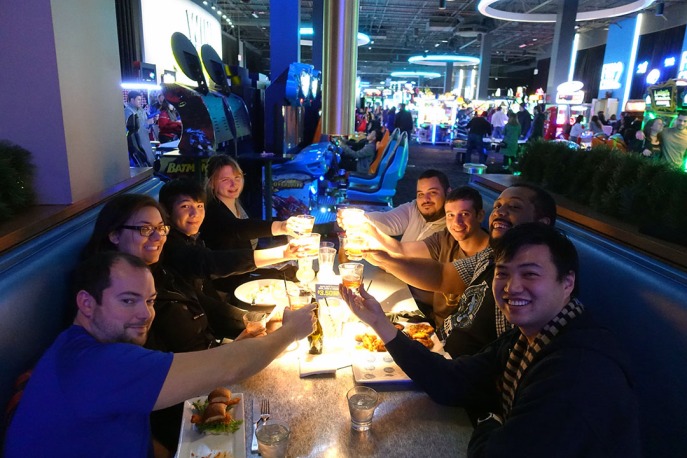 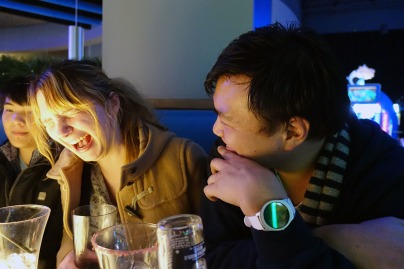 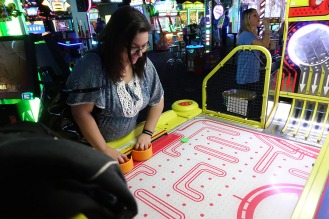 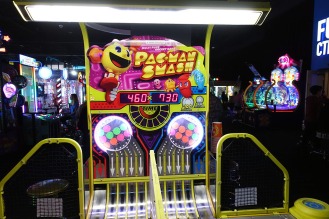 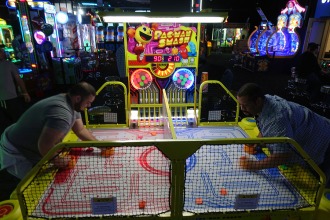 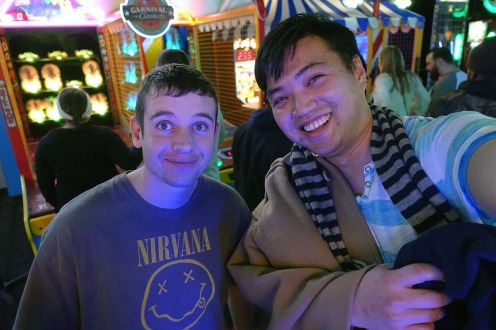 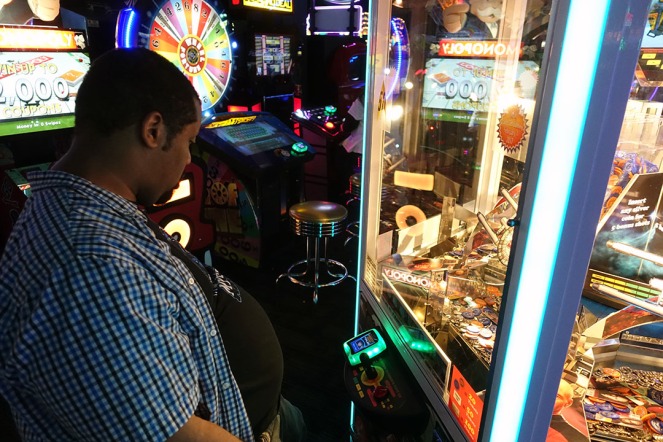 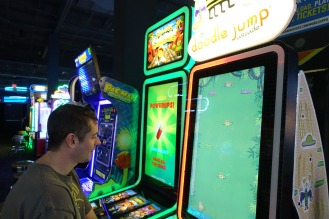 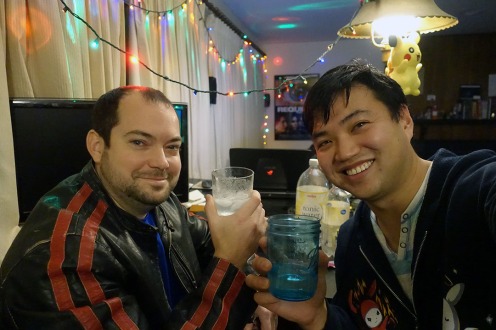 The next day, I slept in pretty comfortably and then decided to just get some housework done. In the afternoon, LaTonya texted me and asked if anything was going on. I suggested we make dinner, since I had to get rid of some of the food that was in my fridge. Adam left so much frozen flounder in my freezer that this was a good opportunity to use it. Using my mom’s orange roughy recipe for inspiration I panko-breaded the flounder and pan-fried it for a flaky inside and a crispy outer shell. We served it with rice and to round out the frying of the fish I thought some stir-fried veggies would be colorful and crunchy pairing.

Made a quick dinner of panko breaded flounder and some stir fried veggies. #flounder #panko #homemade

I was pretty pleased with how the plating turned out. I need some new plates though. Dante came over and ate with us, and Ian joined soon after. Pat was a little late to the call but he made it in time for the second movie. We all got comfy with blankets on the couch and watched Zootopia (LaDante and LaTonya hadn’t seen it) and then followed it up with The Good Dinosaur. I was the only one who had seen the Good Dinosaur, and apparently the only one who really liked it a lot.

Sunday was the beginning of the first major snowfall here. I spent most of the day shoveling snow, but I braved a trip to Meijer to get a few ingredients I was missing for the shepherd’s pie. Matt had given me a decent amount of Veal, and I had intended to try to make something special with it. Shepherd’s pie seemed like a good fit, and so I got to work!

On a snowy day like today, it's best to eat something hearty. Venison Shepherd's Pie (Thanks Matt for the meat). Going to be a whirlwind week of fun and friends, so I'm going to start it off right! #venison #shepherdspie #firstsnowfall #winterishere

Probably the most successful shepherd’s pie I’ve made. I have some ideas to make the veggies in it pair better with the venison. Can’t wait for the next round.