It definitely feels like it’s been a while since we’ve ventured out of Michigan. So John’s invite to come visit him was a nice chance to explore a city I always pass through but never stop in. This trip served as John’s housewarming party…one year after he moved down to Cincinnati.

We got in around midnight on Friday, but we managed to stay up until 3 AM catching up and hanging out. John was prepared with some homemade hummus and snacks. Weird Science was put on and while we caught up, one by one we passed out. I was the first one, but woke up for the end of the movie.

The morning came and John prepared breakfast with LaTonya before we headed out to a 1 PM wine tasting at Jungle Jim’s. It was $10 to taste 26 wines. On top of that, we tasted a couple cognacs for a dollar as soon as we walked in the door. The store was huge, and the wine plentiful. We finished our wine tastings, picked some bottles to purchase, and headed to Chick-Fils-A for some delicious drunken food. After 20 some wines, most of us were tipsy. When we got back to John’s I busted out my breathalyzer and blew a 0.057, Dante had a 0.071, and LaTonya had a 0.088. Definitely a fun time. Didn’t expect to get that inebriated. We ALL ended up taking a 2-3 hour nap and woke up around 8 PM groggy and well-rested; at this point we played some euchre while we waited for everyone to get their gears going again. 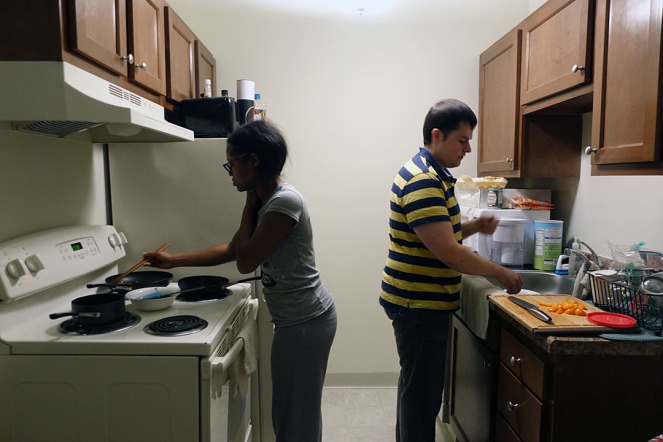 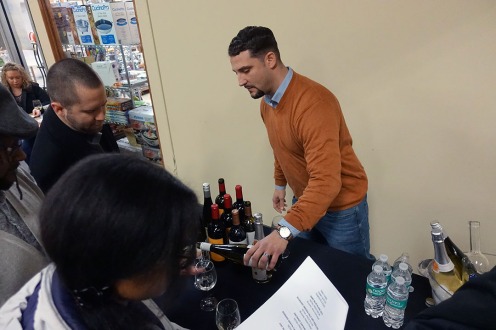 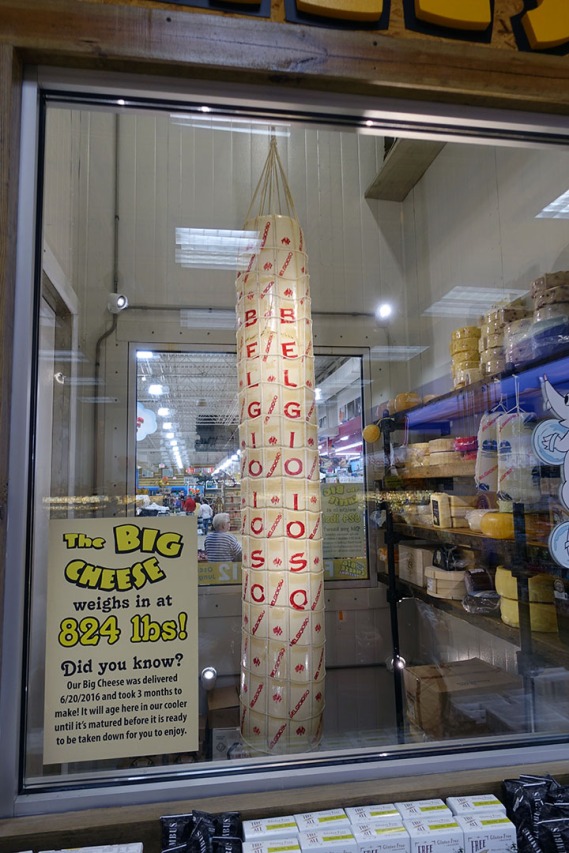 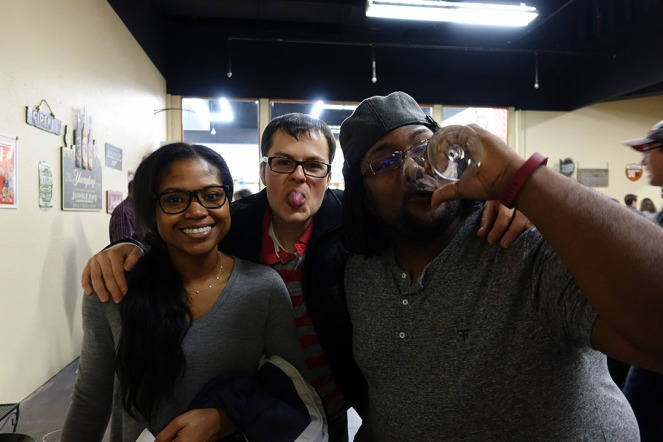 We decided to grab some food at the Montgomery Inn Boathouse at this point. The food was amazing, and I definitely ordered too much. Because we had ordered ribs, Kevin and I were given bibs. Totally unnecessary, but I figured why not? When in Rome.

Dinner was a lot of food. $33 for three courses. The shrimp had an amazing plum jam & mustard sauce. Ribs were smokey and delicious. The profiterole was as expected. #shrimp #ribs #stlouisstyleribs #profiterole #icecream 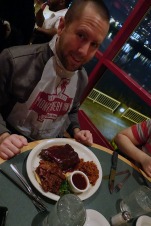 I felt like after all the food I consumed, it would be a good idea to take a quick stroll since there was a readily available river walk. Plus it supposedly aids digestion and I needed all the help I could get after the food. I ordered a full rack of ribs and didn’t even finish half. It was a good lunch today though. I tested out some of my photography skills on our stroll, I like to think I got a small skill-up. 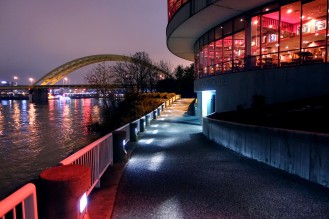 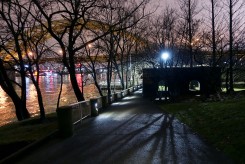 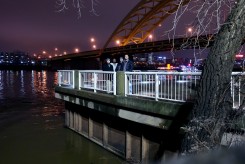 We headed home and did more catching up as we passed out one by one.

The next day before we left, John took us to The Party Source which is the largest liquor store in North America. It definitely lived up to its reputation. After a quick browse of the store, we headed to New Riff Distillery which is part of the Kentucky Bourbon Trail and went on a free tour of the distillery. We were able to stick our finger into the mash and taste it – definitely sour. They also let us sample the new make, which is the bourbon before it gets aged. At 140 proof it was very potent, but surprisingly fruity and smooth. It was great tour; easy going and very informative. They explained that since the distillery is so new, they wouldn’t have their own product until 2018 so they’ve been selling O.K.I. until then, as well as their own Gin. 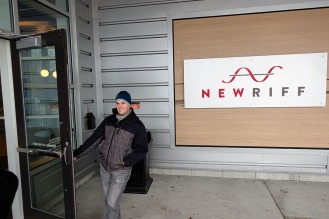 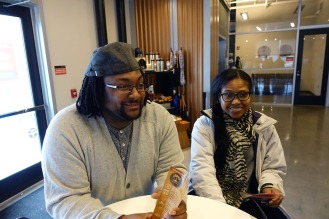 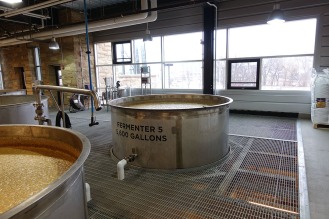 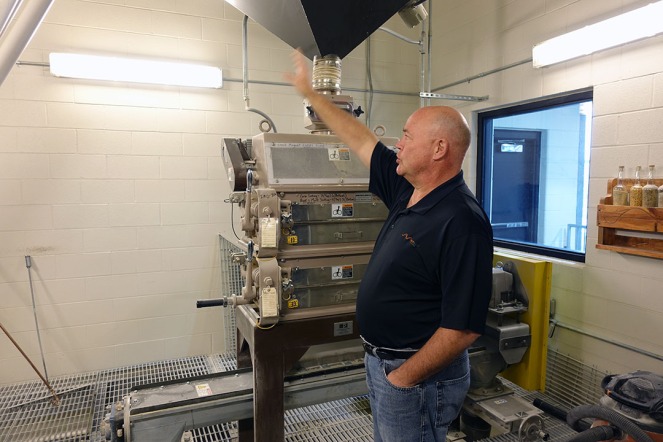 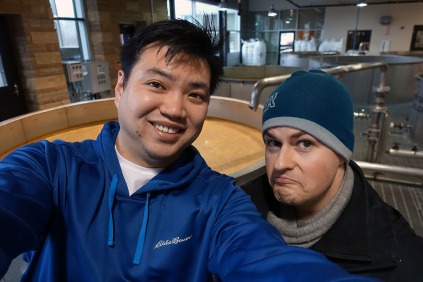 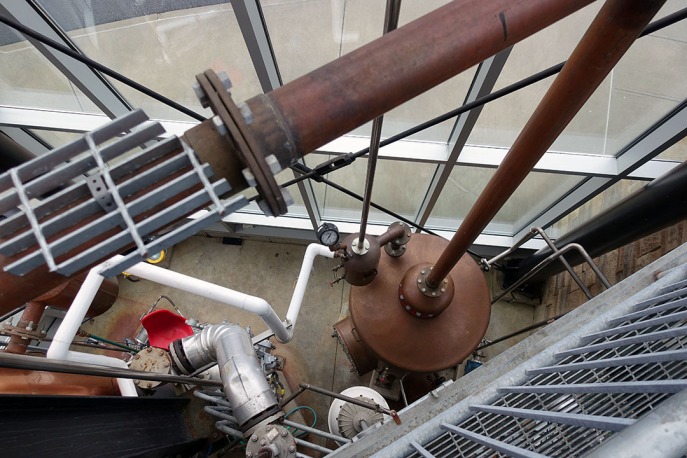 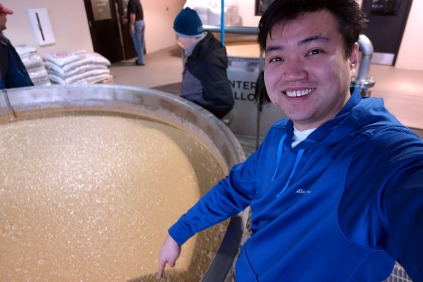 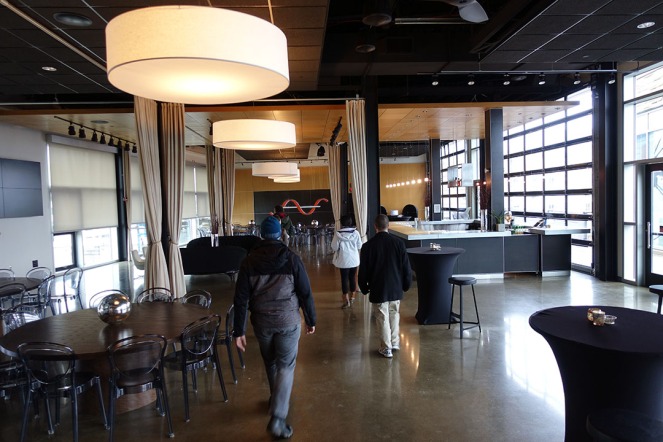 After learning about and tasting some bourbon, we were given a coupon for the brewery inside the Party Source, Ei8ht Ball. So we headed over to sample some craft beer. I got a Barleywine because I love barleywines. 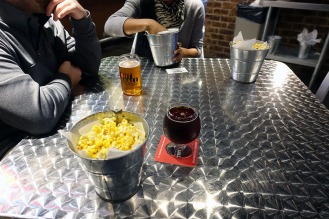 After enjoying our beers and free popcorn, we packed up and headed back to the mitten. It was a short trip, but it was great to catch up with good friends and check out a new locale. Until next time John.

2 thoughts on “A visit to Cincinnati: The City of of Seven Hills”