When I was younger, Epcot was probably my least favorite park. What was so interesting about random countries? Where were the rides?! Now that I’m older, and more importantly over 21, it’s definitely one of my favorite parks at Disney World. Sean, Dante, and I embarked on our campaign to Drink Around the World. 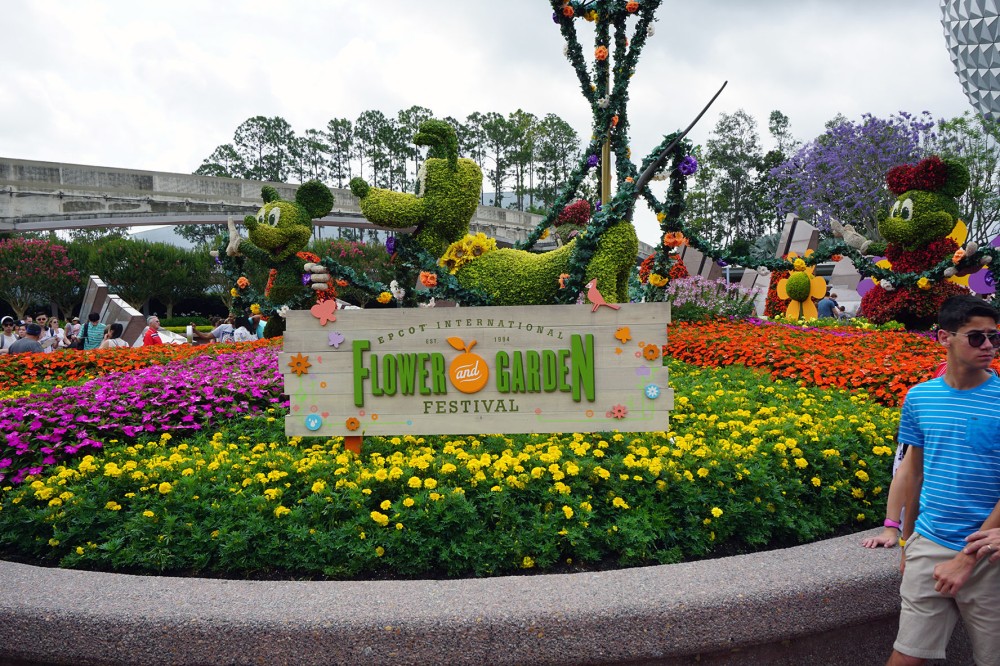 The main reason I chose to plan our Disney World excursion for this week, was because the Flower and Garden festival was still going on. there were lots of plant sculptures everywhere, and even some flower beds that had a variety of foliage and how they have been implemented in history (medicinal, horticultural, agricultural, etc). 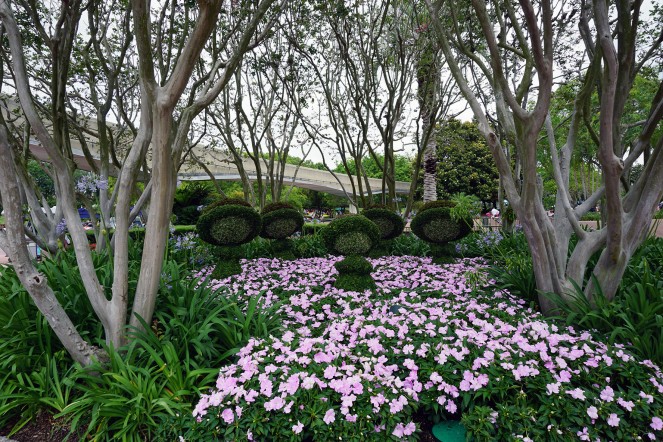 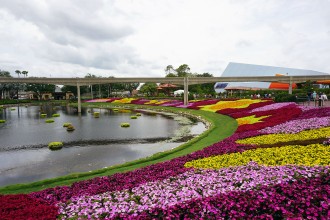 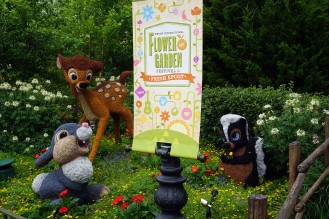 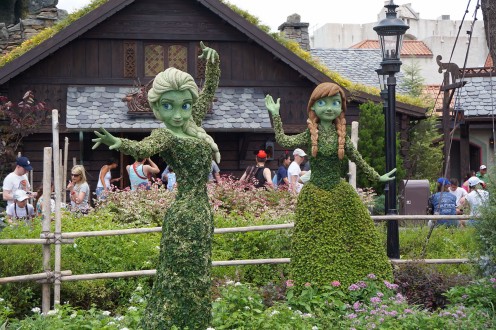 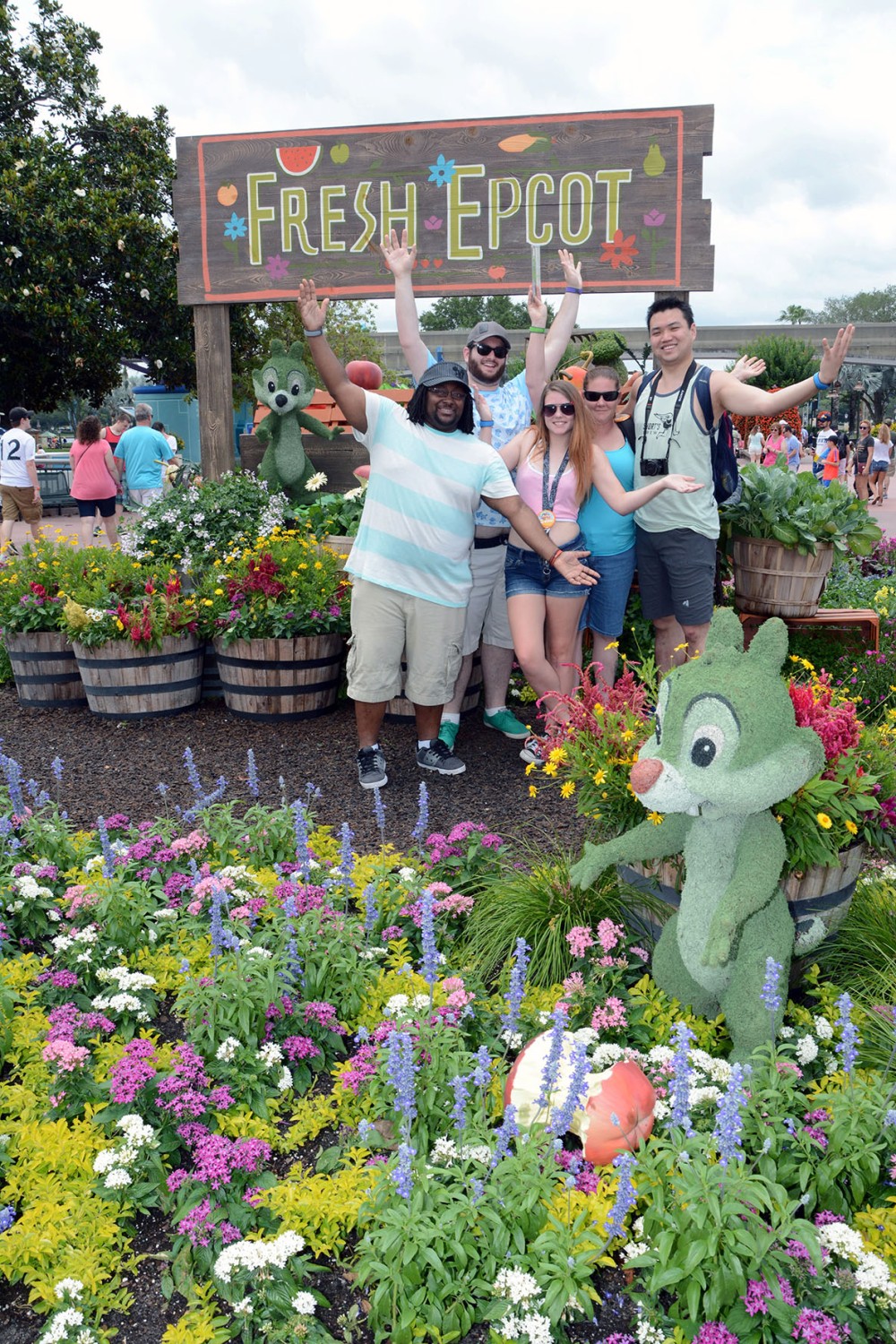 While my compatriots went and got Starbucks, I discovered that there was a “character meet” area nearby. To my extreme joy, Baymax was there.

Big Hero 6 is one of my favorite movies. Baymax is amazing. I was ecstatic to see that he was a person you could meet. So of course I forced everyone to wait in line with me so we could take a picture with him.

The imagination ride is a classic, along with spaceship earth. Not particularly exciting, but I felt like we had to go on it – especially with so many first timers. We made a stop at Soarin’ and the GM test track which I had never gotten a chance to be on.

With a majority of the rides out of the way, we headed to the world showcase to get lunch. We passed through a handful of countries before we settled on Japan to go eat – and to start our Drink Around the World challenge.

Lori and Skyla hung around with us for a couple countries, but then went to wander off on their own. We made it to Mexico together, and when we went to go get our drink that’s when we split off. Before they left, we met up with Donald Duck and had a photo op with him. 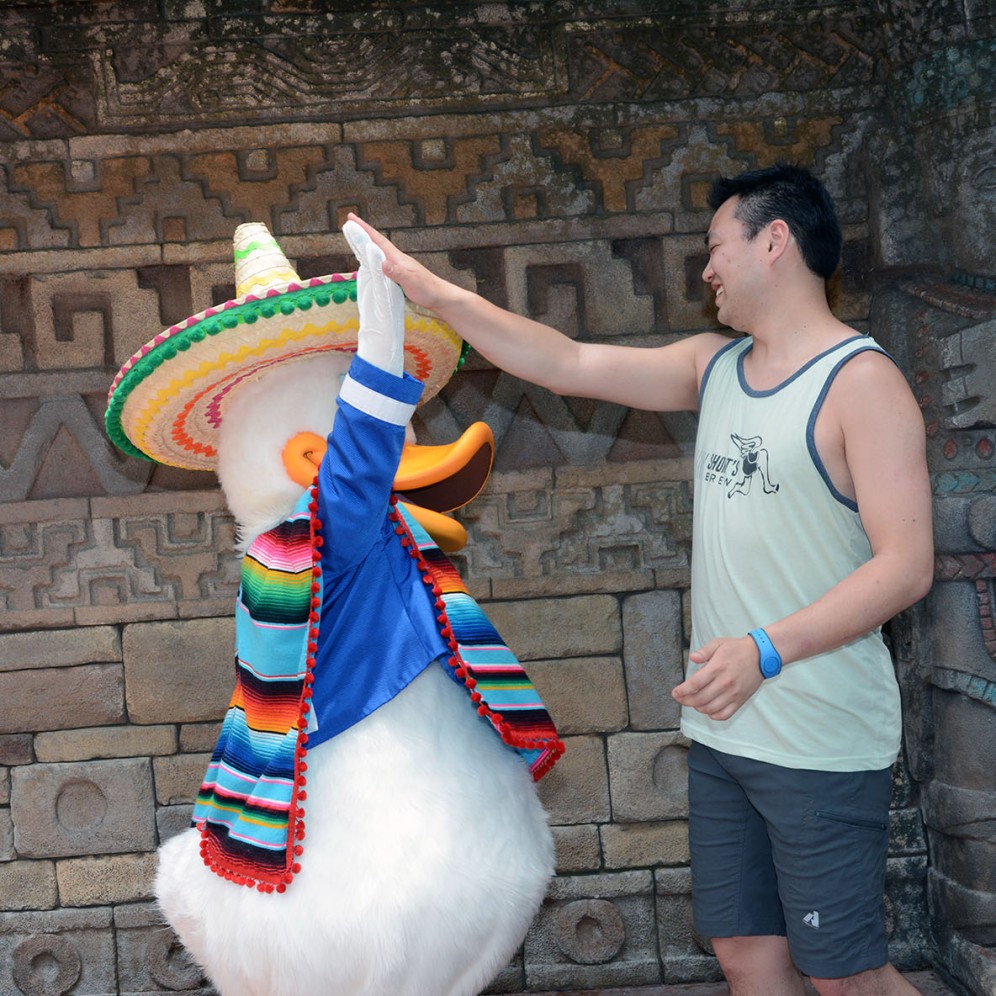 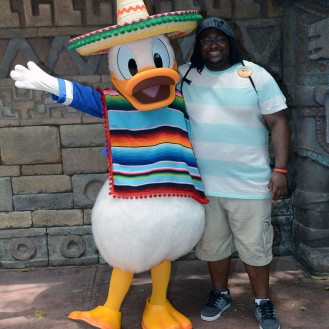 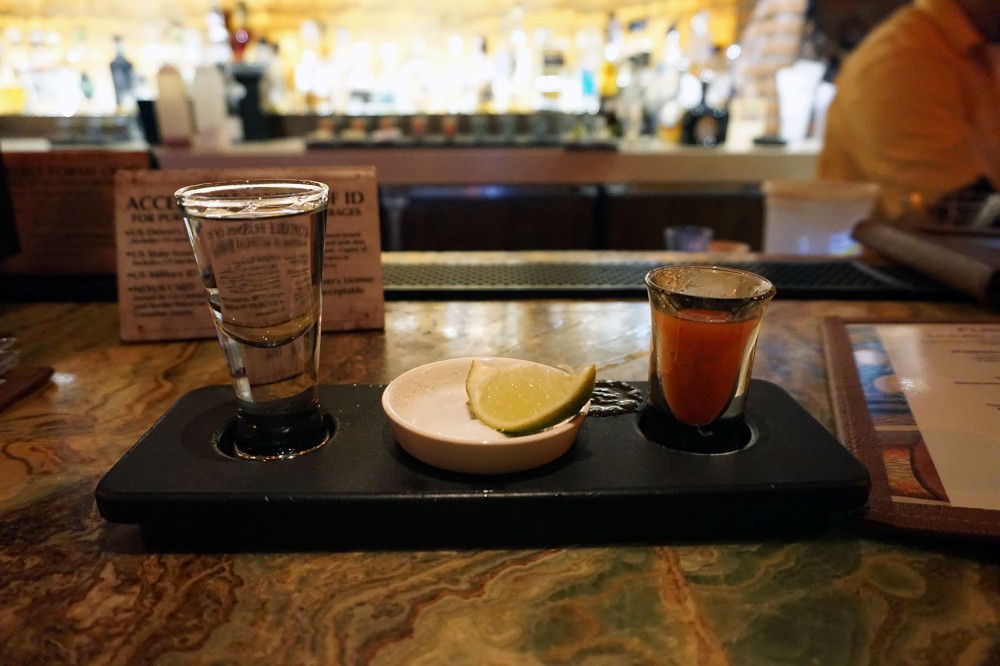 We made our way around the world and kept drinking: 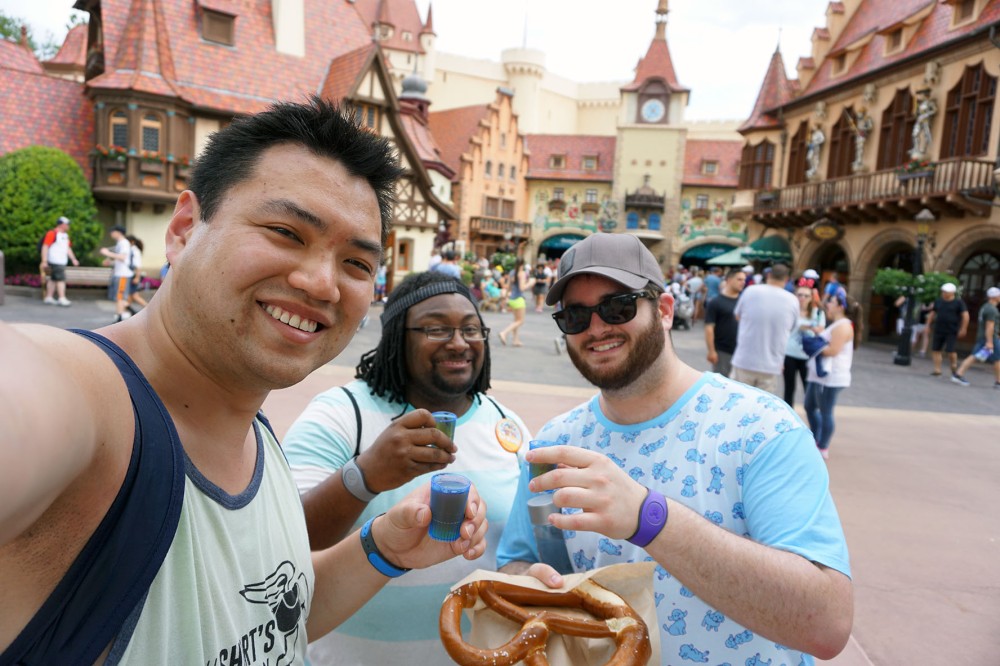 While we were in Morocco, we also met Princess Jasmine. She was hilarious. We probably spent more time talking to her and just shooting the shit than was acceptable. But we were a little tipsy, so can you blame us?

While recovering from our drunken daze, we went and watched the illuminations fireworks show. Probably one of the cooler things during it was, that the nations around the world showcase lit up and were mildly part of the show.

On our way out, we visited the head of Riley and took some pictures with Joy and Sadness. 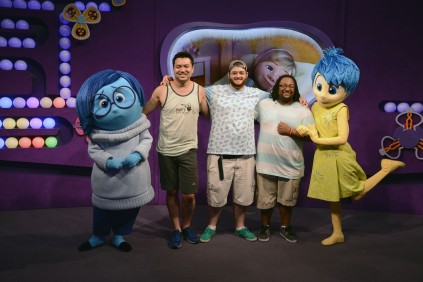 I cannot wait to go back to Epcot next year for their Food & Wine festival. Maybe I’ll grab more friends and we can drink around the world together!