After my business in China was concluded, I was off to Taipei to visit (and help) at our Taiwan branch. It was quite an ordeal going from a freezing tundra (12F) to a tropical climate (75F). I was lucky to have brought a few t-shirts, or else I may have needed to buy new clothes while I was there. The flannel lined jeans were a bit hot, but I persevered.

Taiwan recently added a line to their MRT (Mass Transit) that takes you from Taipei Main Station (think Grand Central) to the Airport. It has made it EXTREMELY convenient to get into the city after your flight. Also cheaper than taking a taxi or calling a car. It’s 160NTD to get from the airport to Taipei Main Station, whereas I think it cost 500NTD when we went in October of 2016 to get to the airport. 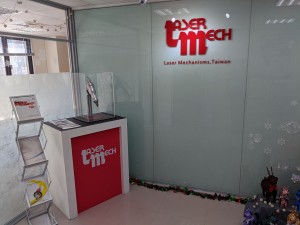 I headed to our Taiwan office to check it out. It was only 0.5 km from the MRT station, which was really convenient. After doing some work I left to meet up with my aunt, on our way back from the MRT station to her place we picked up some dinner at a local street store. Taiwan is full of these things, I feel like even if I lived there I’d never be able to eat everywhere. I got 三寶飯, essentially a 3 meat lunch box; it literally translates as 3 treasure rice – simple and delicious. 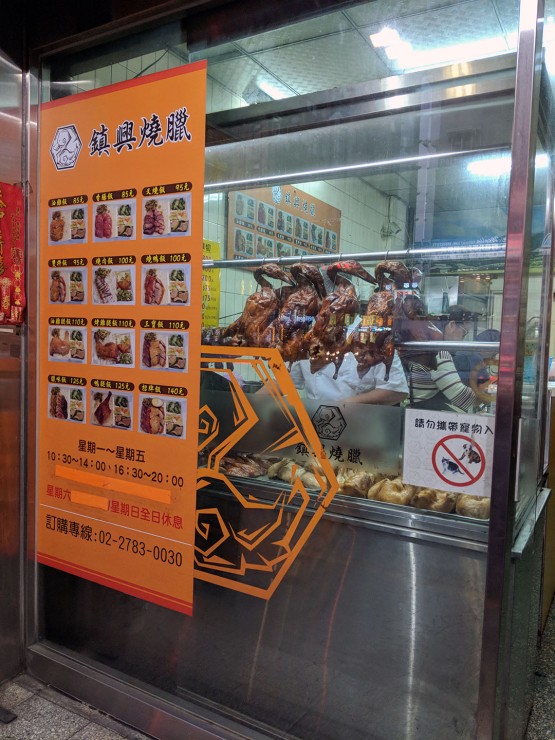 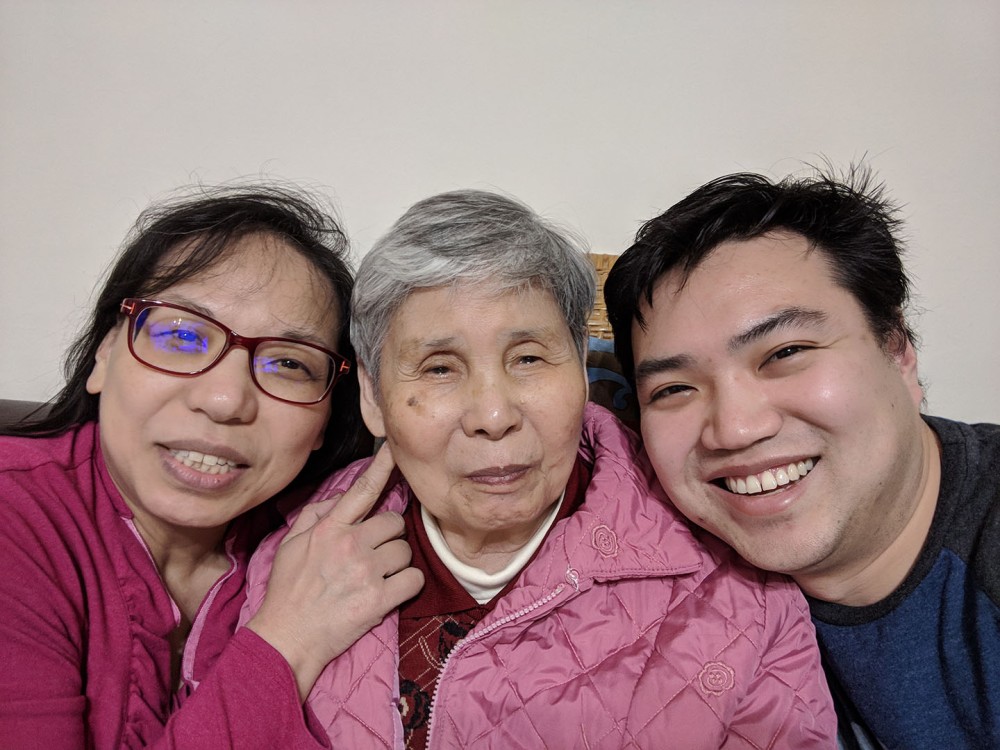 After dropping luggage off, greeting my grandma and aunt, I headed out to meet my friend Christine at a night market (臨江(通化)夜市). I met her when I was 16 at a music camp in Montreal. We’ve kept in touch and I’m glad we have gotten to meet the last couple times I’ve come to Taiwan.

I love night markets. It’s one of my favorite things to do in Taiwan. There’s a huge variety of food for very affordable prices. 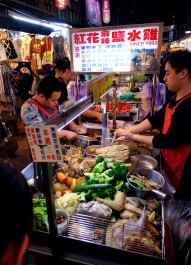 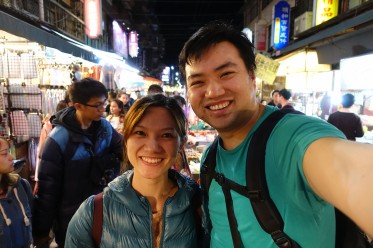 Christine making time to see me 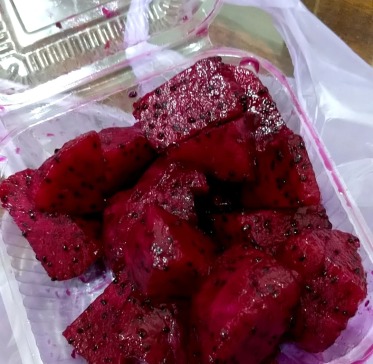 Surprisingly my cousin Yvonne was in town, so she met up with us at the night market and we roamed around together a while. I haven’t seen her in two years, so it was really a stroke of luck that we happened to be in town at the same time, halfway across the world! 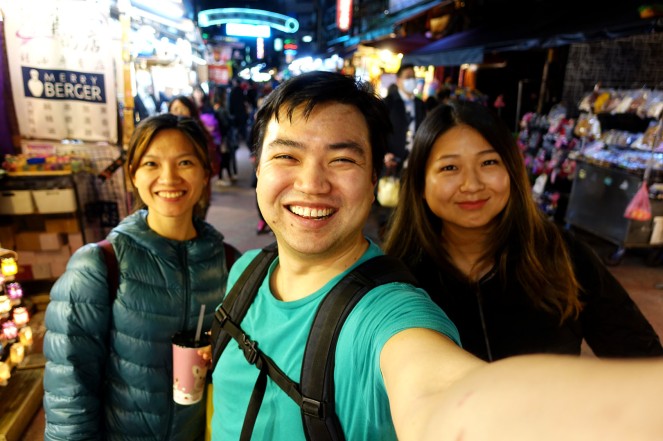 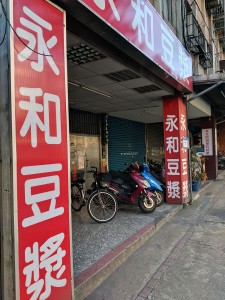 In the morning I stopped by the 燒餅油條 place outside my aunt’s. Ever since it was introduced to me in 2006, I have tried to go there every time I’m in Taiwan. They are lovely people and super nice. I had a lovely chat with them, and told them how I always make sure to stop by at least once when I’m on this side of the globe. 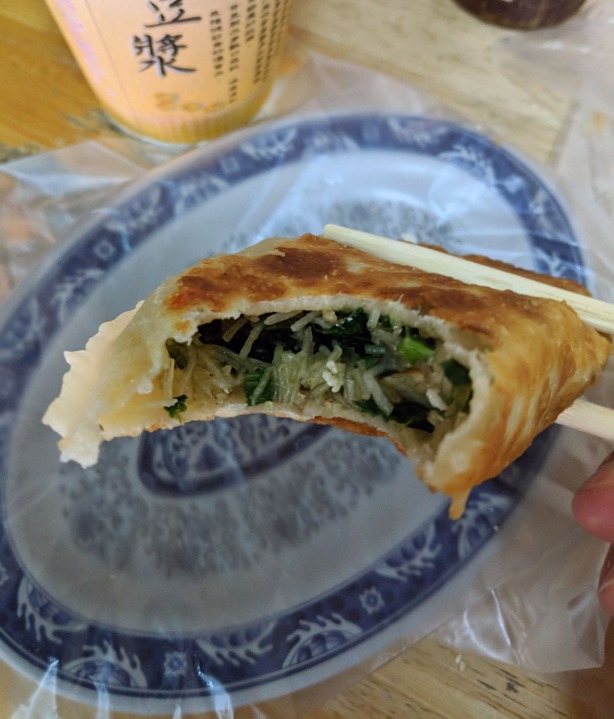 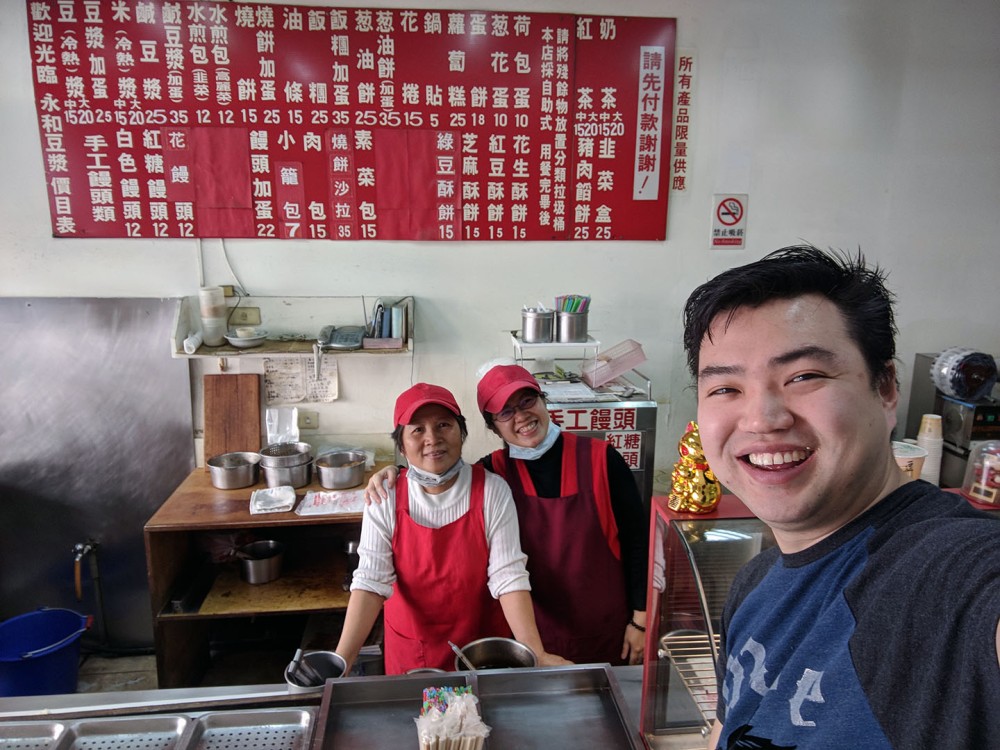 The next day, we headed to Chiayi (嘉義) so I could help a customer. We had dinner at a local restaurant and the food we ordered was what the locals (本地人) generally eat. Chiayi is known for their goose meat and oysters. The food was very fresh, and not over seasoned. Simple flavors that let you really enjoy the freshness of the ingredient. 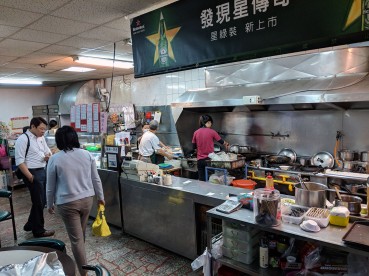 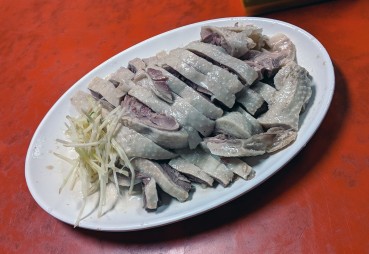 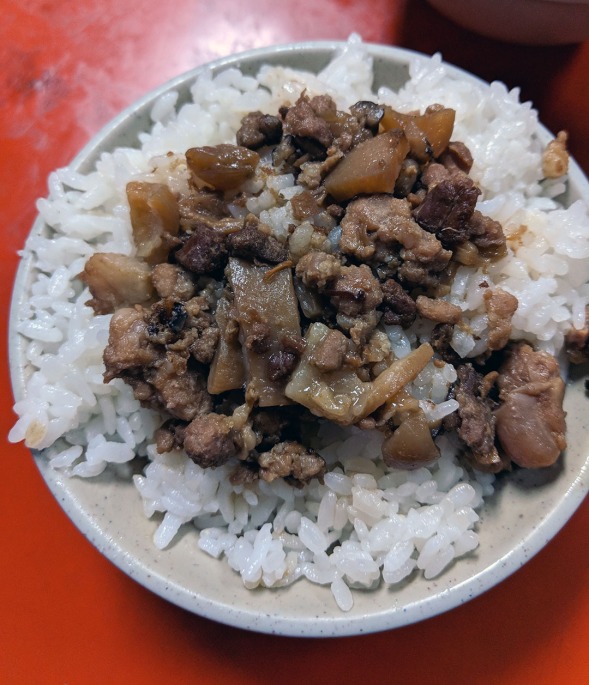 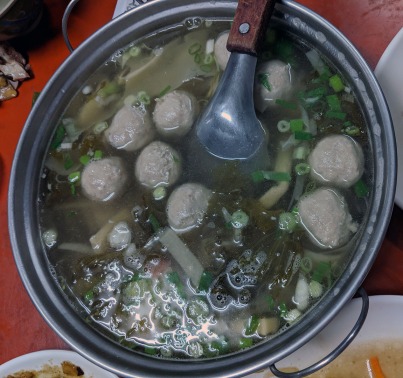 Having solved the customer problems (until more pop up I’m sure), I went into the office for half a day to follow-up and make sure no other complications appeared. When it was clear things were resolved, I left for lunch with my family.

Mochi in a sweet rice soup 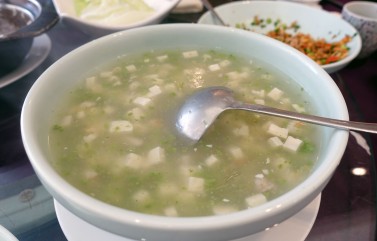 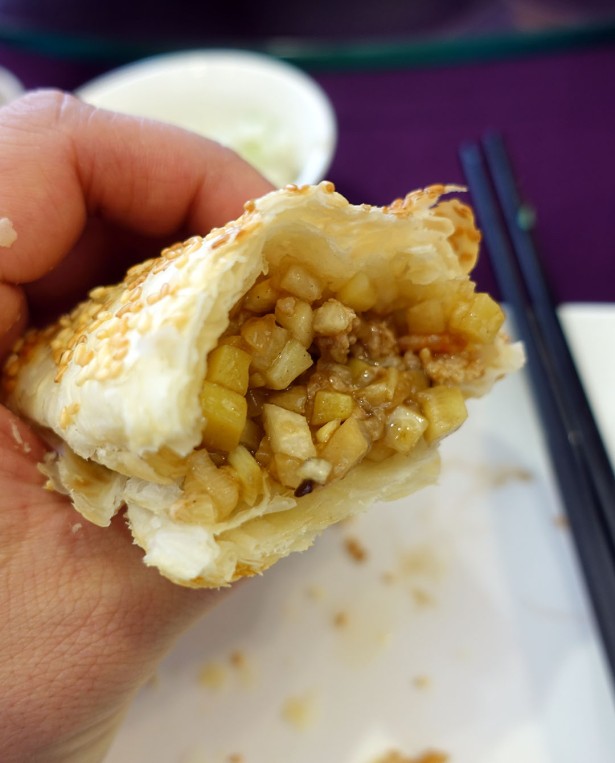 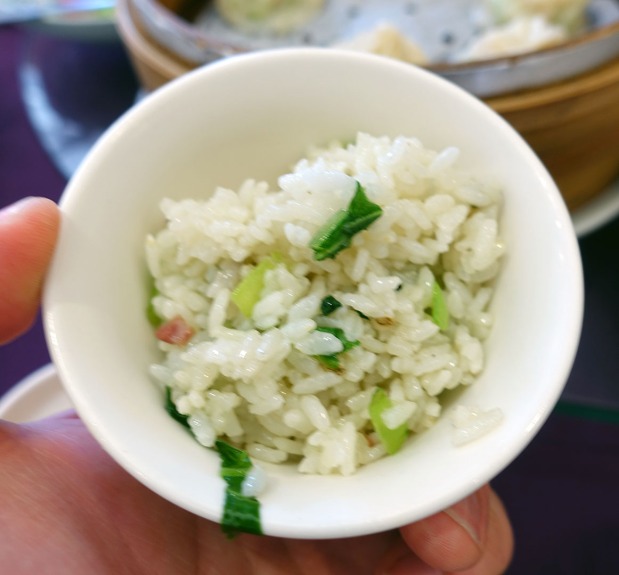 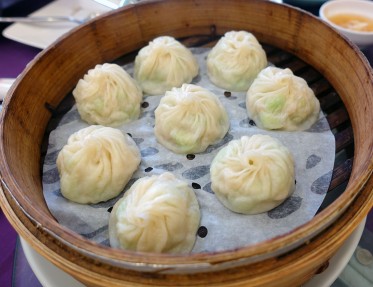 We had a lot of food that was filling to be wrapped by other things. I love it. The DongPo Pork Belly (東坡肉) was probably my favorite thing to eat. It had been cooked so tender that the whole thing jiggled like gelatin; amazingly succulent, I could’ve eaten that all day.

While we were there, I noticed that our family friends were sitting at the table next to us. What a surprise!! I didn’t even know they were in Taiwan. They were just as surprised to see me. If only I had gotten to meet Elson while he was also in Taiwan, that would’ve really been the coup de grace of unexpected meet-ups. 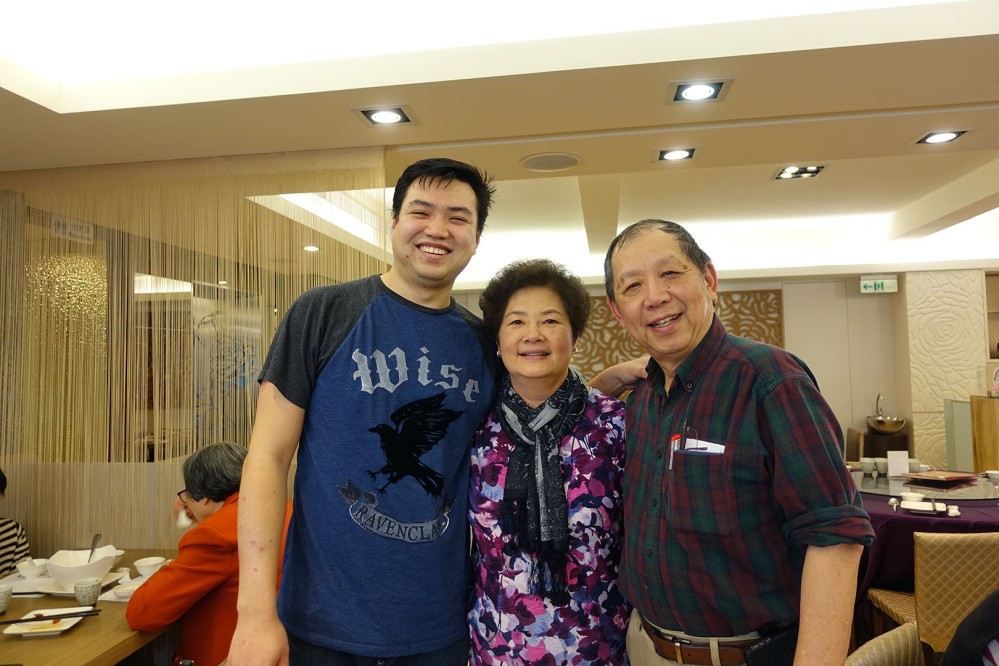 After lunch, I spent some time with my Aunt and Grandma. We walked around a bit and headed back to the MRT. 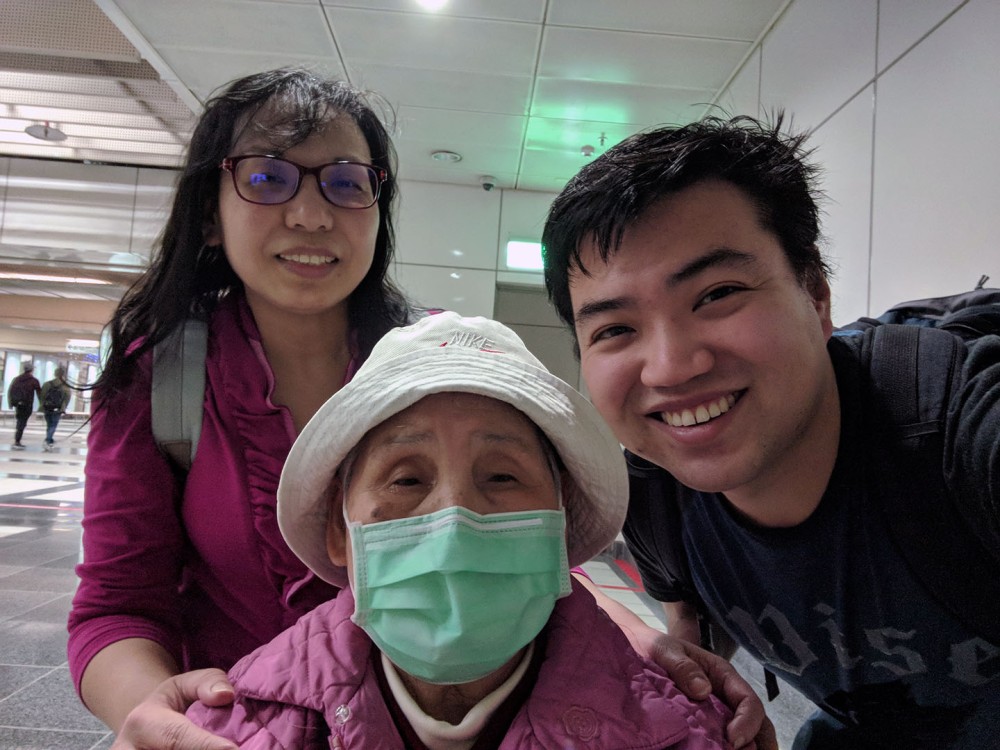 I had to go have dinner with my god brother’s parents (my god parents? but I don’t have god parents, so I think that is more accurate) that night. I headed to the Neihu (內湖) District, met up, and we headed to the restaurant. Yet again, I engorged myself on the delicious dishes that were set before me. I wish I could’ve remembered what everything was, but other than the DongPo Pork Belly, stinky tofu, and stir fried rice cake I’m pretty useless when it comes to Chinese dishes. I’ll have to start brushing up this year. 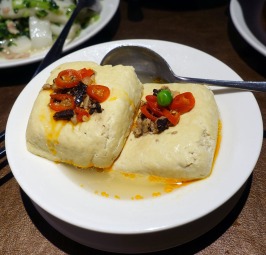 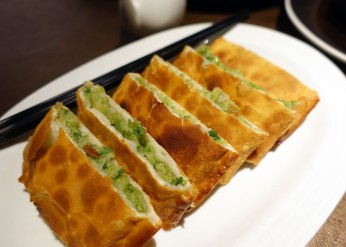 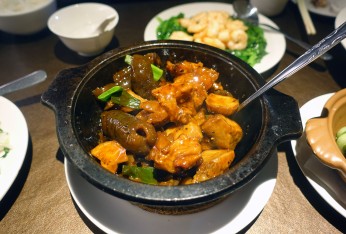 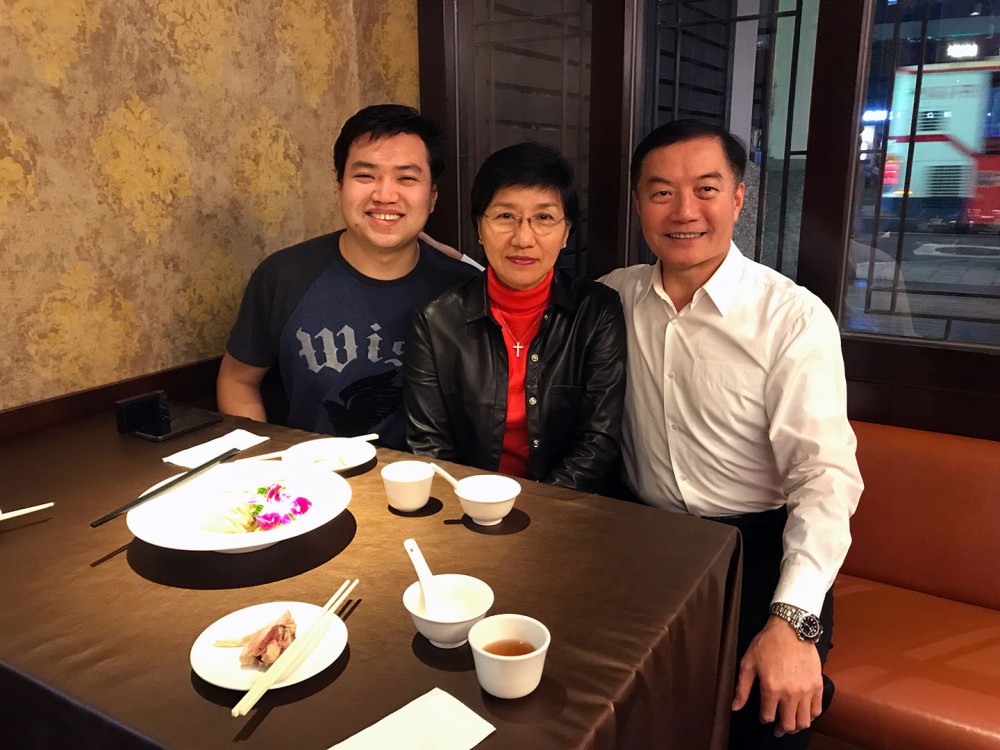 I’m always impressed by the landscape when I’m in Taipei. The buildings and the surrounding nature is really a different atmosphere than I can get anywhere in the United States. 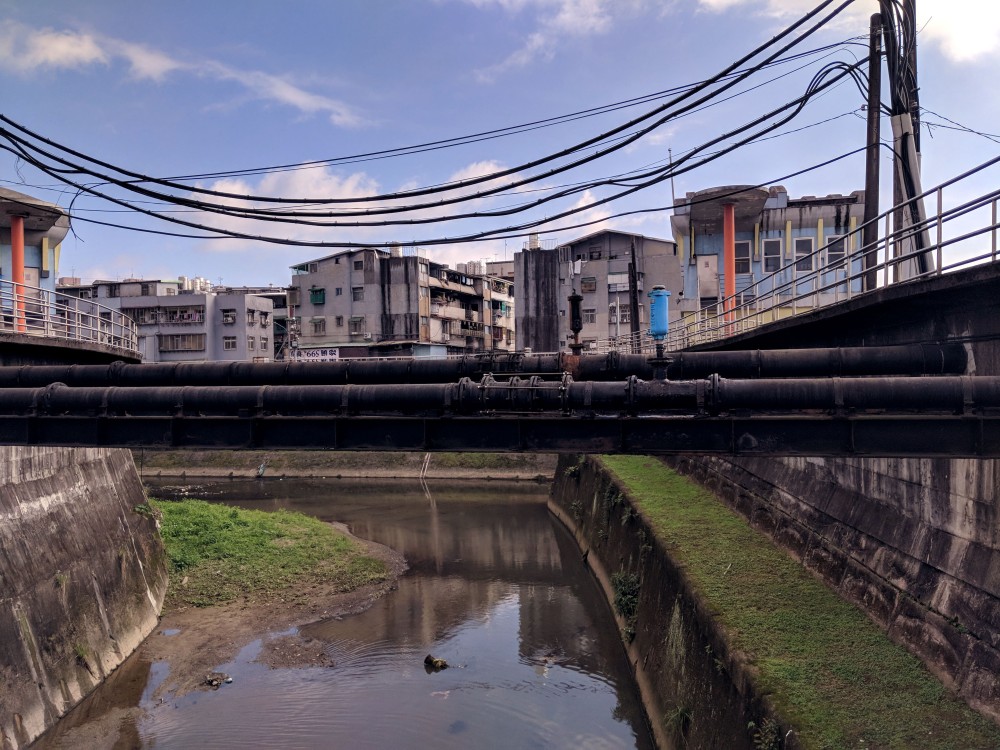 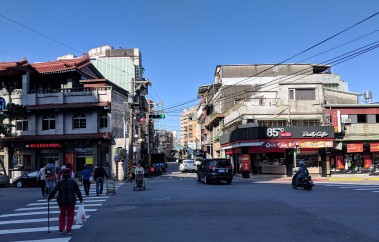 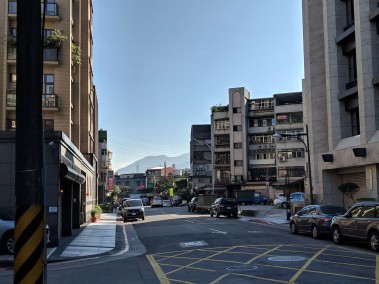 My aunt’s apartment has pictures of all of us when we were growing up. Oh how we’ve grown. Just look at the dapper guy in the lower right. It’s been quite a journey so far.

I hope to come back soon.