We’re entering another decade! I started this blog 3 years ago. It’s original intention was to share my adventures and activities with my friends that I don’t see or talk to as often. Over the last couple years, I think I unnecessarily expanded the scope of work to be one post every week; sometimes even two posts. It turned out to get a little overwhelming and I felt as though I was struggling to always find something to write about. It was a stretch sometimes to get content to put on. Last month, I sat down and thought about what exactly I want to accomplish with this blog. In the end I decided that I want to use it to share some of the pictures I take and also to share, and hopefully inspire, others to do activites, or travel, or to get out and adventure. To that end, I think I’m going to put less pressure on myself to churn out posts once a week, even when there isn’t anything to write about. Sometimes, there just isn’t anything going on and I have a lazy week. I want to share my passions and my adventures with my friends and that is my target audience. I’m not trying to become some kind of blogger internet celebrity. I’m still planning on finishing all the posts I had started to prepare over the last two years, but I think going forward I’m going to just focus on events that are worth sharing or that I’m excited about. So bear with me as I try to figure out how, what, and when I post. Thanks!

Moving on! My 9th annual New Year’s Eve Eve party was another great time. I managed to stay mostly just tipsy….until Matt showed up at midnight. Then we drank a couple high gravity beers and Jill made shots and so on and so forth. 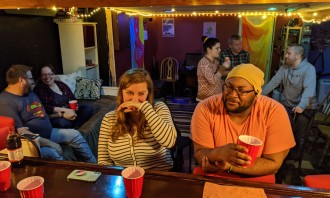 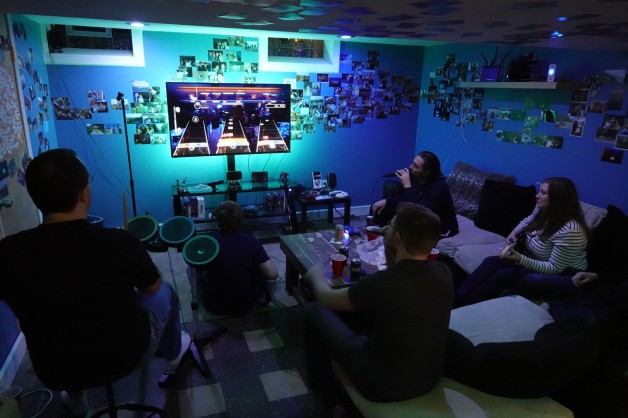 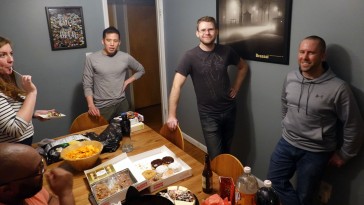 The party this year featured lots of food! Dante made a salt-baked fish. Ben made spam and mushroom Nigiri. Jill (at 4:30AM) made risotto! Jill also brought a loaf of challah!

Rock Band was a center point of the party this year. At some point I had brought out Just One for us to play, definitely one of my favorite party games. Jill brought over some mystery box of bar accouterments, with “mystery” bottles of alcohol. One was titled “Forget-me-now” (that one was delicious and my favorite), another titled “Nostalgia”, and the third’s name eludes me. It was a bit of an ominous box, but it held some fun surprises within. This year’s party managed to go until 6 AM. It’s been a while since we’ve had such a late night, but it was so much fun.

The next day, we recovered, cleaned, and prepared for Ryan’s New Year’s Eve gathering. It was a lot more low-key (thankfully), and there were dogs abound! 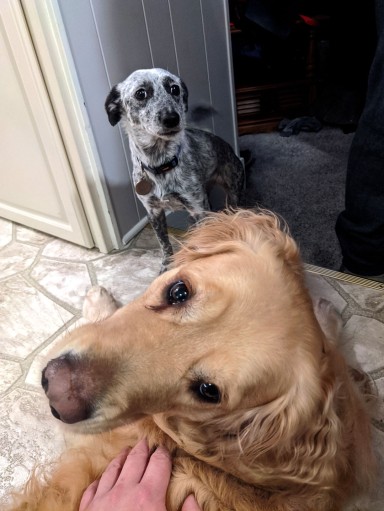 The star of the party with Odin! Lia’s foster puppy. He was also who I kissed at the ball drop.

It’s been 2 or 3 years now where Stevie, Ryan, and I have done back to back new year’s gatherings. I rather like it, I’m hoping to continue for the foreseeable future.

I don’t really believe in New Year’s Resolutions, mostly because I don’t think you have to wait until a specific time of year to make plans for self-improvement. That didn’t stop me from making some goals for myself though:

Here’s to a great new decade!