So this post is super delayed, like over a week. But I think that is more of an indication that I need to change my writing schedule. I think having the Monday post gives me no time to write about the weekend, especially if I’m traveling and returning home Sunday night. I think my posts will be either Tuesday/Friday or Wednesday/Friday. That way I can write about the weekend in the former, and the week in the latter. Anyone have any preferences?

In any case, Dante and I stayed until Monday so that we could enjoy Fall Fest with Jimmy and the family. During the day we had to wait for Jimmy to get off work, so Dante and I headed over to Zack’s and while he was sleeping off the exhaustion from work we made him some magic decks and played each other with them. Dante liked his deck so much, he bought it from Zack for $15. I thought it was pretty humorous. Also at some point, some of the residents down the street brought a kitten they found over and Skyla was fawning over it.

After Jimmy got off work, we made our way to Fall Fest! 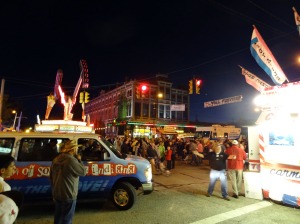 First thing I stopped to get was some Texas Tenderloin sandwich, because I heard the DJs talking about it on the radio.

While I was waiting in line for my sammich, the others went and got some Deep Fried Kool-Aid. As you can see, Dante enjoyed it very much. 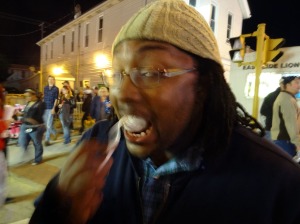 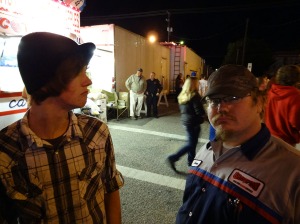 We walked around the fair, and I took a bunch of pictures (of course). 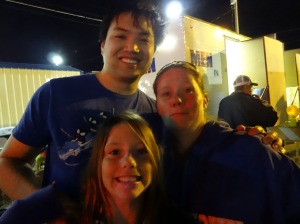 Then we arrived at the main attraction for our night. Brain Sandwich! The brains were fried and I tried a few bites of Zack, Dante, and Jimmy’s Sandwich. They were quite interesting. Tasted like country fried steak, and had the texture of tofu. I don’t think I could eat a whole one, but it was definitely pretty tasty. Though, like Dante, I had to wrap my head around the fact I was eating brains. I’m part zombie now guys! 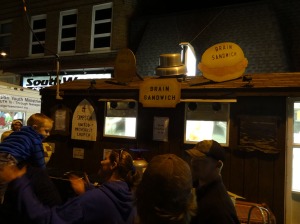 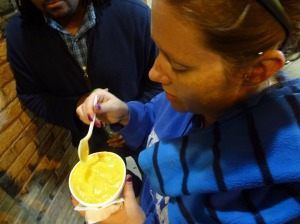 Went over to the fair area after we ate, and saw this delightful looking M at one of the games. GO BLUE!

So Dante went and rode the teacup ride knock-off with the Dude. Then some random girl also climbed in with them. It was quite hilarious. He looked like he had a good time though. 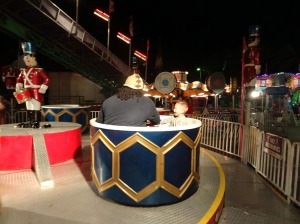 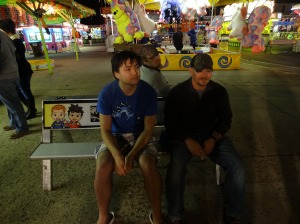 As a final event, I took everyone that was willing to go on the Ferris Wheel. It’s been a LONG time since I’ve been on one, but it was a great way to end the night.

Had to say goodbye to Bella before we left for the mitten. 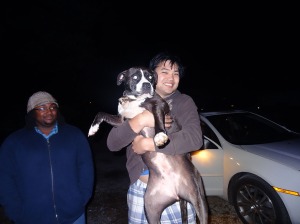 Definitely had a great time. I hope more people come down next year with us. 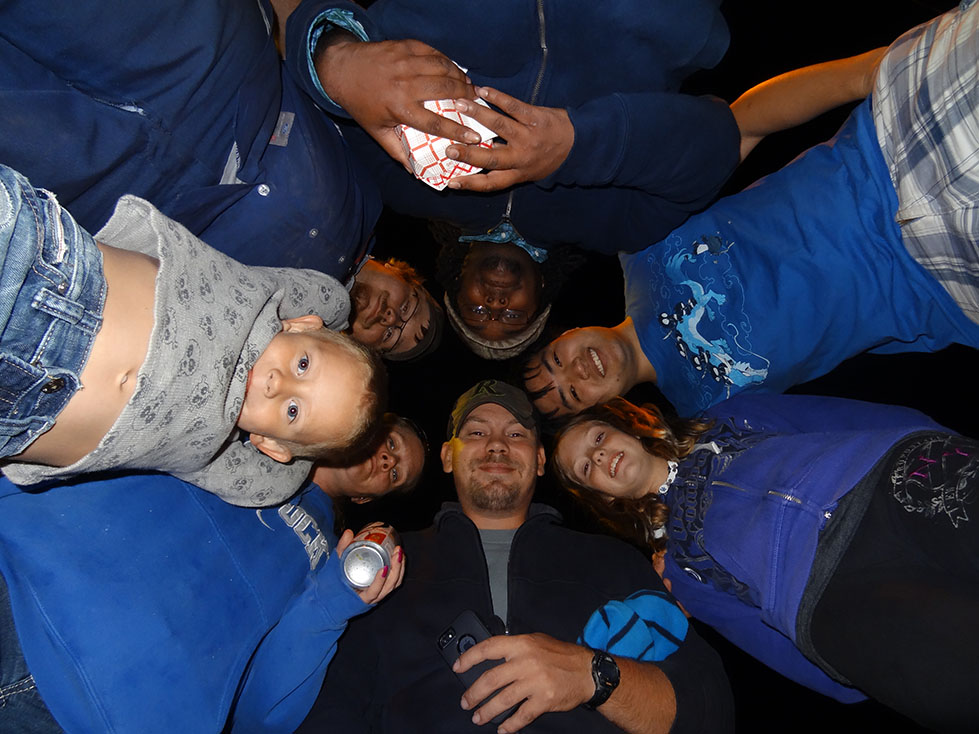