For the end of Fall Festival, Twin joined me in Indiana and brought her dog Ginger! She arrived a few hours before me, but when I got there there was a nice fire going, which we sat around and enjoyed until we were getting drowsy. We headed to Jimmy’s with an Eli in tow and played some video games before everyone passed out.

Saturday morning we went to the Dude’s final soccer game, and also I failed miserably at doing back bends for an embarrassingly long time. Eli showed us his backflip skillz, before we all headed off to the Apple Fest.

The apple fest was a nice little fair(?) that had some arts and crafts stands, and some food stands. I bought apple cider and a pulled pork sandwich. I was curious about the mutton and the stand owners of Hop N Jon’s BBQ were kind enough to give me a pretty large portion sample. They were both delicious, though I think I marginally like the mutton more. We walked around and looked at the arts and craft before we headed back home and got ingredients to make chili for lunch. We played some of my Playstation Move games before we headed back to Zack’s and waited for his return from work.

After he arrived, we made our way to Fall Fest where it was crowded as all get out. I preferred the population of the fair when Dante and I had attended it. This time around I ate a lot more: 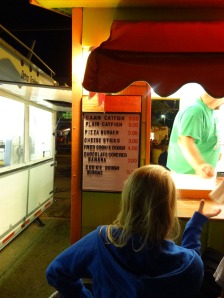 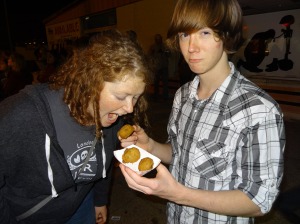 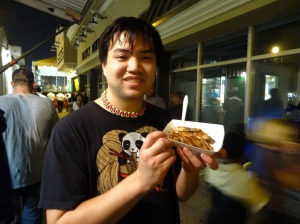 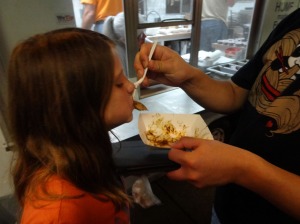 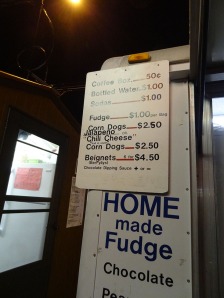 Some of Skyla’s French Waffles 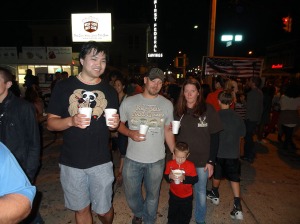 We walked around with my tablet in hand (my tablet had the map) before we headed over to the rides and games.

The kids played some games again this time around, and originally I wanted to try some of the rides. But the lines were just too damn long.

After the dude, Skyla, and Eli played some games and the Dude rode the bumper cars ride (he was too small so he had to ride with another small child so that one of them operated the pedals while the other steered. Adorable.) we headed home played some Just Dance 4, and then promptly passed out.

The next day we finished some filming for the music video I’m working on before Twin and I departed to our homesteads. It was a very full weekend and I had a lot of fun. Really glad Twin got to come to Jimmy’s with me. The Asian Invasion of Hatfield, IN is over now though. I look forward for the Downs’ visit up here in 3 weeks for Youmacon and my birthday! 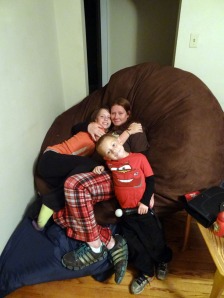