Last year at BBQFest I told Jimmy that I would see him once a month until next year’s BBQFest. Usually this meant I would go down to see him, but sometimes he would come up! There was some manipulation of the phrase “see him once a month”, such as my birthday where they came up at the end of October and left at the beginning of November. I counted this as both months.

For March I went down closer to the end of the month, and I planned on going back for Skyla’s Birthday in 2 weeks.

Upon arrival, the house was pretty quiet. We watched some Masterchef Junior and talked/hung out. Jimmy and Kyle ended up cashing out at probably 3 AM. I followed suit afterwards, but Lori and I got to talking and next thing I know it’s like 5 AM. We had to be up pretty early to get the kids, so after being shocked about how late it had gotten I promptly exited the house so we could all sleep. By the time I got to Jimmy’s he was sleeping soundly though so I made myself comfy and dozed into dreamland.

The next morning, we headed to Lori’s mother’s to get the kids. Upon arrival we were greeted by her brother and future sister-in-law, as well as an ecstatic Dude. Alisa was also planning on a grocery run so we decided to go on a grocery run together. I grabbed stuff that was required for Chicken Pot Pie as well as Chocolate Mousse. On a whim, I also got silicone baking cups to make white chocolate cups. After getting foodstuffs, we headed back for the kids and Lori’s mom made sure to have Lori transcribe the recipe before I left this weekend. 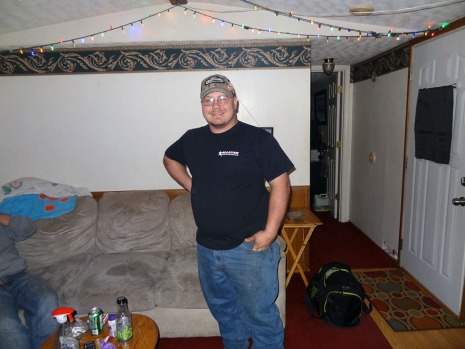 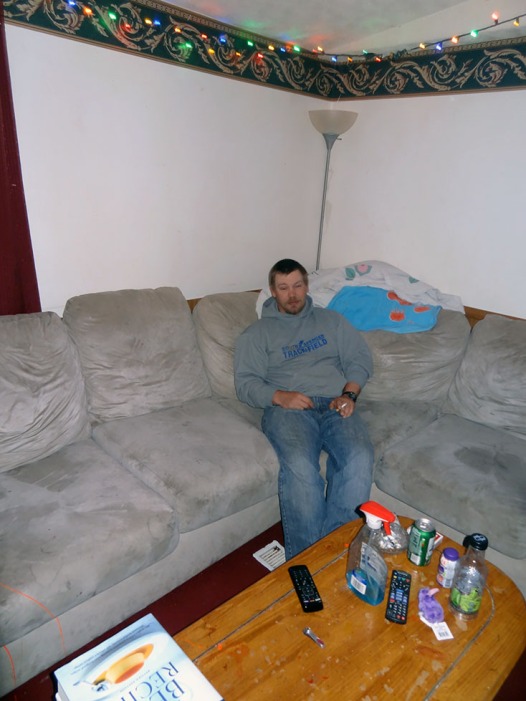 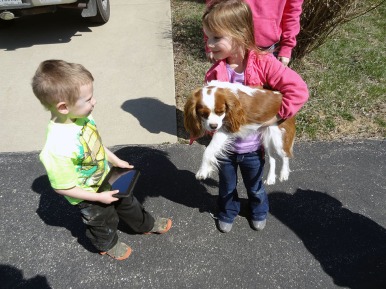 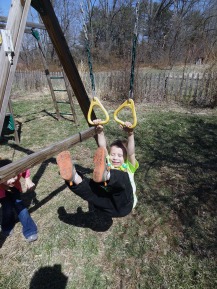 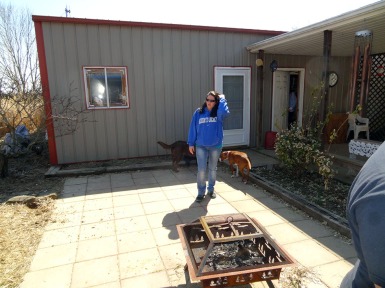 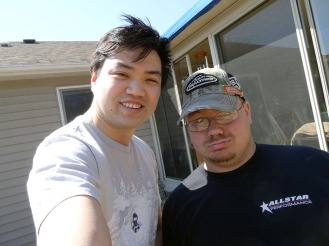 Zack was working nights so didn’t get home until 6AM that morning (not too long after we went to bed), but when we reached the house he stumbled out of his room having clearly just awoken from his slumber. We started preparing the chicken pot pie before we had to go to the roller rink. Skyla helped me make the chocolate cups which turned out pretty well. She may be a picky eater but she is always  to help me make food, even if she won’t be eating it. 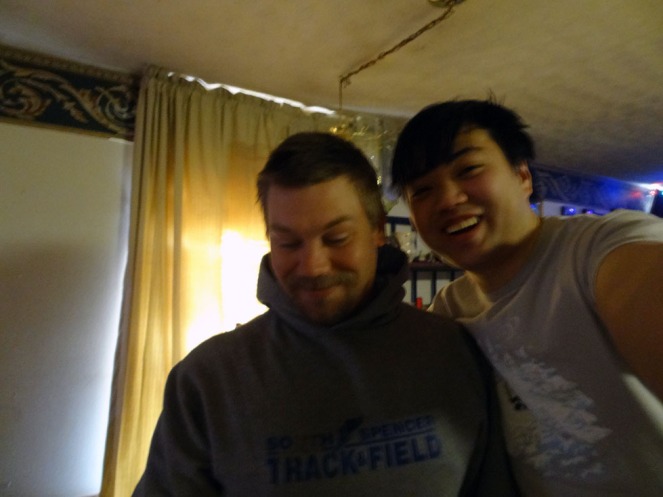 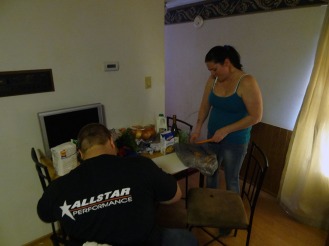 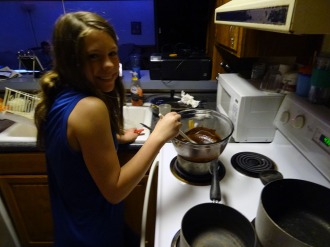 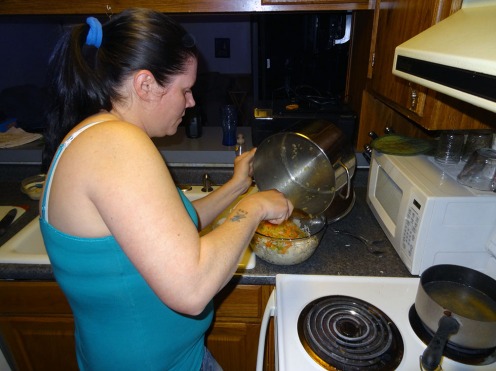 After dinner we let the Mousse continue setting in the fridge while we headed to the roller rink. I haven’t been roller anything in a while, but have gone ice skating more recently. I thought, it’s not that different should be easy peasy. FALSE – I totally have to use a different set a muscles for roller blades. I was very confused. Managed to survive, and Marky and I ended up racing/speed skating around the rink much to the chagrin of the staff I’m sure. We never were stopped, but there were clearly signs that around the building that said you shouldn’t be going anywhere near as fast as we were. Also I don’t know that I’ve seen so many unsupervised children before. On top of that, lots of songs with suggestive lyrics being played as well as like hardcore rap. Drunk in Love was played multiple times and “Ride” by SoMo (which I ended up downloading cause I really liked it). Was suspicious, but maybe it’s also cause I’m an old fart. 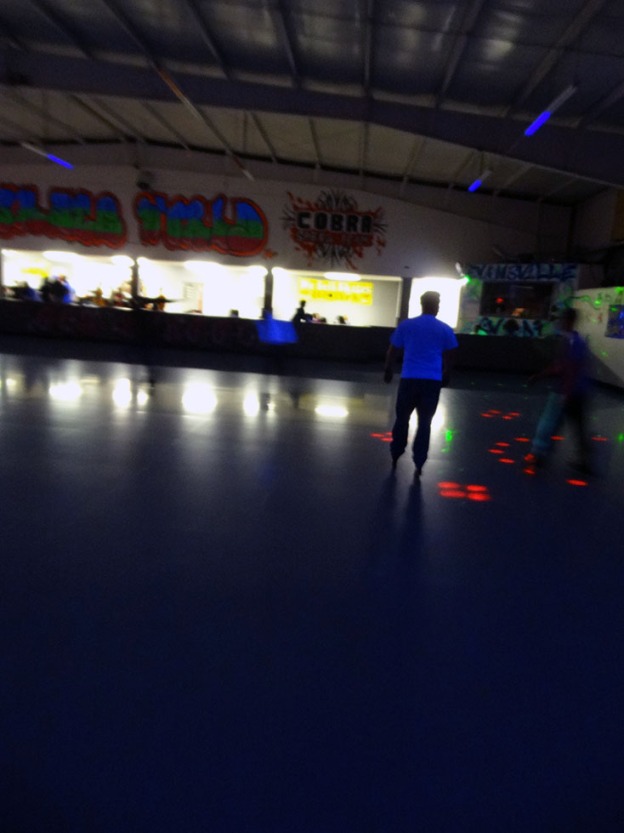 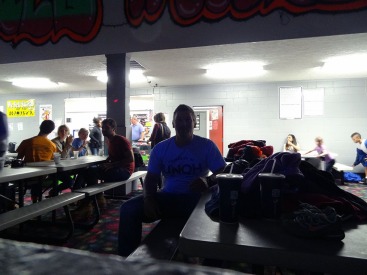 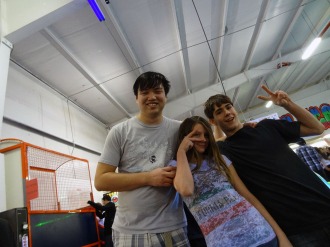 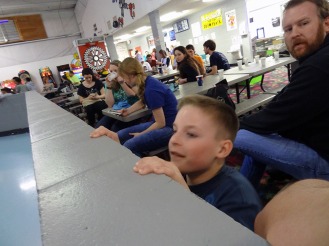 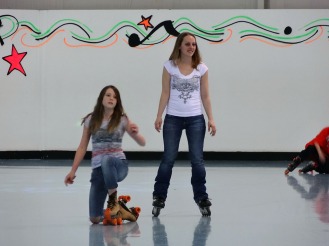 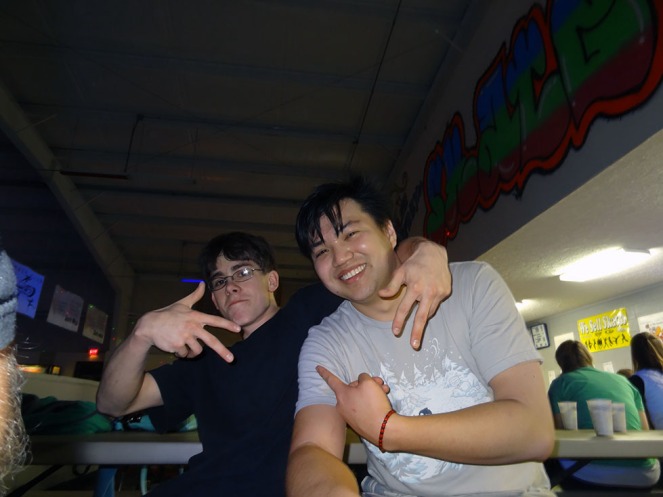 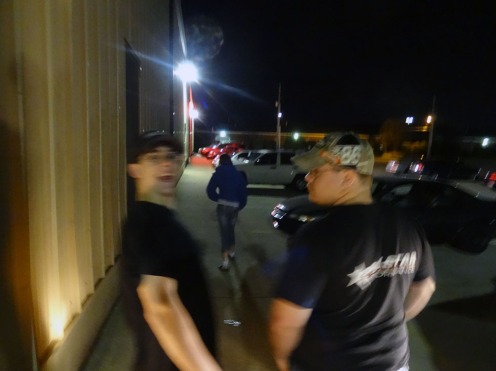 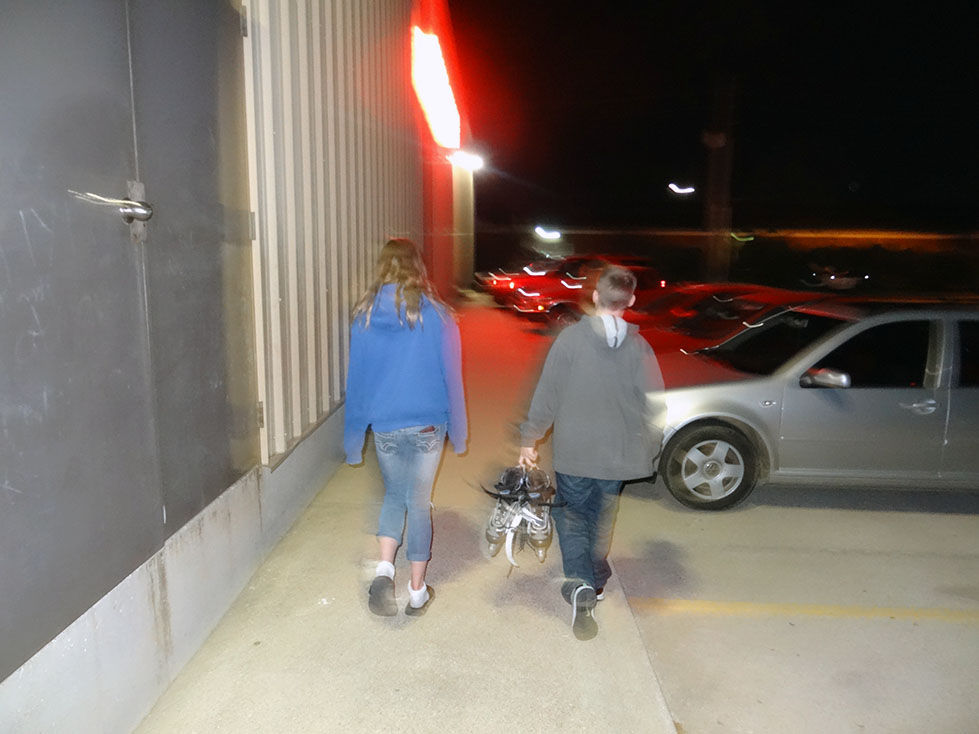 “#Selfie” by the Chainsmokers played at least twice that I noticed, and I decided to have some fun and take selfies with people while skating during the song. I’m sure I looked like a weirdo, but it was super fun. 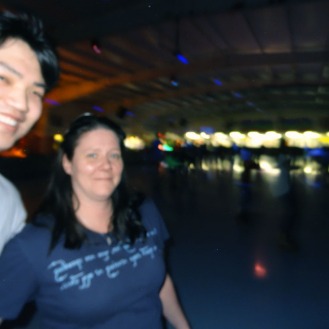 After skating, we headed back to Zack & Lori’s with a Dylan in tow. After eating some of the chocolate mousse, which to no surprise Skyla did not like but Dylan enjoyed it, Zack and I headed over to Jimmy’s house for board game fun. We played 3 games of Settlers before we realized it was about 5 AM and everyone was conking out. I ended up taking Zack home and staying on the couch.

The next morning we all just hung out and watched Frozen in the morning, followed by Gravity. Frozen was really good! I definitely was singing “Do You Want To Build A Snowman?” at work the next day. My coworkers are used to my craziness though. 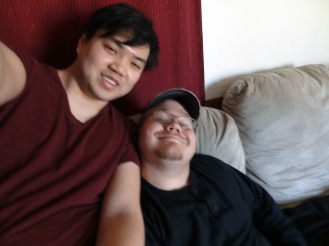 One more visit and my quest is complete! I’ll see the Downs’ again in 2 weeks!