Ian found a new job. He will be leaving us for the Sunflower state. As our work’s celebration of his contributions over the past two years, we went and played Whirlyball.

The night started out with some dinner at Ascension Brewing, before we headed over to smash into each other with bumper cars. 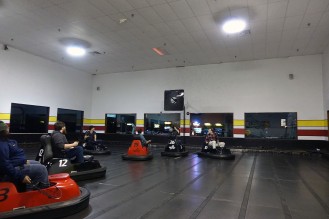 I have never played Whirlyball. I have known of Whirlyball, so I was excited to try it out. It’s surprisingly easy to adapt to. I thought it would be a lot harder to figure out the motion while also playing lacrosse for dummies. Eventually I even figured out how to take video while moving around:

My team (team red) ended up having overwhelming teamwork and success. It was quite satisfying. 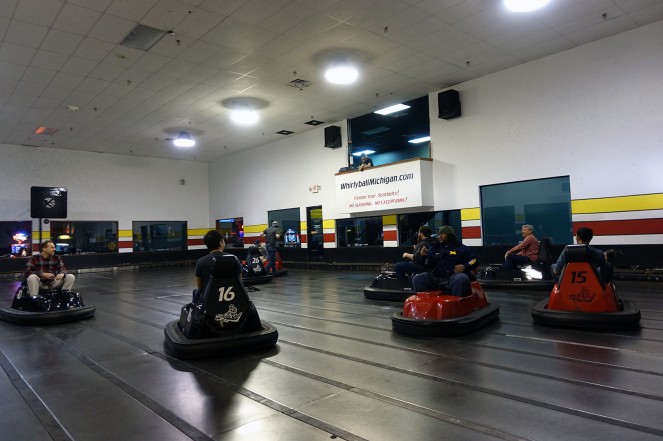 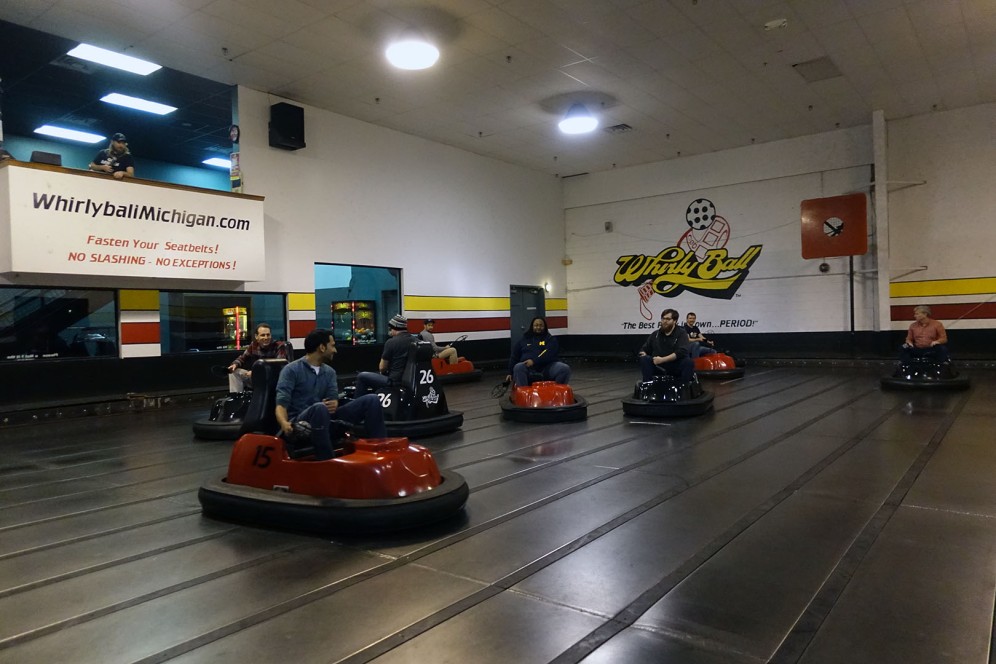 What better way to see Ian off than to crash into him an innumerable amount of times. The hour of Whirlyball went by fast. I would love to go back and play again.